Betting Odds For The 2021 Academy Awards 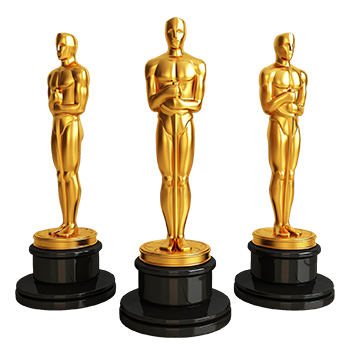 The 2020 Academy Awards were a shocking affair, full of betting upsets, and the 2021 edition could follow suit. Here at USAOnlineSportsbooks are here to break down entertainment betting odds and more generally explain what the Academy Awards are. We’ll detail why people bet on the Academy Awards as well as touch on a few of the best practices for doing so.

Many 2021 academy awards gambling guides will focus on the individual odds, which we will touch on. First things first, we are going to start with breaking down what the Academy Awards are, for those of you that are unaware, then we will discuss how to best bet on them. Finally, we will touch on what the betting odds were for some of the major categories like Best Actor, and then what actually happened at the Oscars. As a little bonus, we will also go over some of the fun prop bets on the Academy Awards that are available at online sportsbooks.

What Are The Academy Awards?

The Academy Awards are more commonly known as the Oscars, and they are the premier event in entertainment awards shows. Oscars are legacy-defining awards to get and are treated with the highest level of prestige and sophistication in Hollywood. The Academy Awards are presented by the Academy of Motion Picture Arts and Sciences, the members of which include some of the most decorated and impressive filmmakers of our era. The Oscars are the oldest televised worldwide entertainment awards show. The awards were first presented in 1929, and over 3000 of them have been given out to date. It was broadcast via radio beginning in 1930, and over television beginning in 1953.

So, one problem with the implementation of the legalization of state-sanctioned sports betting is that it is specifically focused on sports betting, and has restrictions on what other events you can bet on. Basically, your local state-sanctioned sportsbook is a sportsbook, and nothing else. No entertainment betting, sometimes even no betting on local college basketball.

The good news is that online sportsbooks, being subject not to the whims of the United States government but instead to their respective local jurisdictions, have far fewer restrictions on what you can place bets on. This means that the likely best place for placing bets on the 2021 Academy Awards is going to be at an online sportsbook, or perhaps several if you see value in shopping lines for this event.

BetOnline is a great sportsbook for many things, but one of the things that it’s particularly known for around our office is the entertainment odds. BetOnline has a wide variety of interesting odds and excellent prop bets and is a great choice when you are looking for an online sportsbook to bet on the Academy Awards. Academy Awards betting odds are all up on BetOnline, and you can place wagers on them as you’d like. In addition, BetOnline offers a $1000 betting bonus reward, where you can receive up to $1000 of bonus money when you make your first deposit. Use the code BOL1000 when you sign up for the sportsbook.

There was, famously, an upset at the Oscars this year, as Bong Joon Ho’s Parasite took home the coveted Best Picture award, beating out heavy favorite 1917, and making the sportsbooks a ton of money. A foreign film had never won the best picture before, and Parasite broke that streak, being entirely filmed in Korea, and only accessible to English speaking audiences via subtitles.

This category was locked up by Joaquin Phoenix’s performance in Joker, where he plays the eponymous Joker, in a supervillain film that touches on the lack of support for the mentally ill and the ways in which people are radicalized. Phoenix was a colossal favorite entering the night and won in an extremely unsurprising manner. The most surprising thing about Phoenix’s win was his speech, which touched on animal and environmental justice.

Speaking of colossal favorites, Renee Zellweger’s portrayal of Judy Garland in Judy was a similarly prohibitive favorite in the Best Actress category. Just like Phoenix’s Joker in the previous category, this performance winning was no surprise.

Bong Joon Ho again upset Sam Mendes, as he won Best Director with the second shortest odds, at +450, upsetting Mendes’ -900 favorite status. This was a fairly significant upset, but not the most significant one that Parasite or Bong Joon Ho was responsible for on the night.

There were no surprises in the Best Supporting Actor category, as Brad Pitt’s performance in Quentin Tarantino’s “Once Upon A Time In Hollywood” took the top spot, and was one of the most prohibitive pre-show favorites. Pitt’s -2500 odds made betting on this category look widely unappealing, and the fact that he won justified that perspective.

Finally, we have the Best Supporting Actress category, where Laura Dern’s performance in Marriage Story was an enormous favorite at -2200 odds. The next closest performance in this category was Margot Robbie’s turn in Bombshell, and everything else is firmly in dark horse to longshot territory. Of course, Laura Dern won, cementing this as a night of heavy favorites, with the exception, of course, being Bong Joon Ho and Parasite.

Gender of the first person to appear on stage

How many times will "Kobe" or "Mamba" be said?

Length of the opening monologue by 1st person on stage

Presenter drop a cue card before or after opening

Presenters put on glasses before reading a cue card

Total bleeps during the acceptance speeches

Who will Best Actor thank first?

Who will Best Actress thank first?

Will "Trump" be said during broadcast?

Will a presenter announce the wrong winner?

Winners continue their speeches over the exit music

Winners trip/fall as they walk to the Microphone