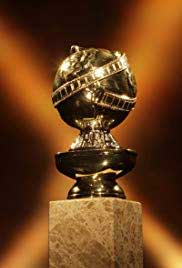 This page is dedicated to providing you with all the information you need to start betting on the 2020 Golden Globes. It contains a Golden Globes 2020 betting and gambling how-to guide, and all the information you need to make sure you’re placing your bets at the right places because betting isn’t just about prognostication, it’s about where you bet as well.

What Are The Golden Globes?

The Golden Globe Awards Ceremony consists of multiple award categories, given out by the Hollywood Foreign Press Association. The Golden Globes have existed since 1944, and 2020 will play host to the 77th edition of the awards ceremony. The Golden Globes are given to recipients in the fields of film and television. They are held in January and honor the previous years’ work. For example, this year’s Golden Globes honor the best of film in 2019, from January through December.

Betting Legally On The Golden Globes

Given the information contained in the previous section, a good place to start looking for odds on the 2020 Golden Globes would be an offshore sportsbook, such as MyBookie or Bovada. These are large offshore sportsbooks, subject to the rules and regulations of their respective locations, not fly-by-night operations, and, as such, are likely the best way for one to place wagers on the results of the Golden Globes.

MyBookie accepts bettors from all US States except three, Nevada, New Jersey, and New York. However, there are no regulations stopping players in those states from leaving the state and using MyBookie elsewhere. Overall, MyBookie is safe and reliable, and one of the best legal offshore sportsbook options available.

Make sure you use the code MYB1000 when you sign up to receive a matching bonus of up to $1,000 on your first deposit of over $100. In other words, if you sign up and deposit a grand, MyBookie will match it and give you a grand to bet as well! 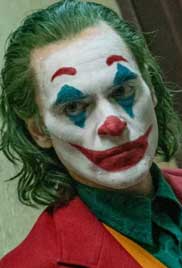 There were many awards up for grabs at the 2020 Golden Globes. In this section, we wanted to give you some of the favorites for some of the most prestigious awards, and then tell you what happened in each of these categories.

Joaquin Phoenix’s turn as the clown prince of crime in Joker had him as a heavy favorite (-400) in the Best Actor (Drama) category. Adam Driver’s performance in Marriage Story was the next most favored, at +250, and nothing else was particularly close. Phoenix ended up winning the award, in a foreshadowing of his winning a similar award at the Oscars later on in the year.

Driver’s co-star in Marriage Story, Scarlett Johansson, found herself in a similar situation in the Best Actress (Drama) category, with her +170 odds coming in second behind Renee Zellweger’s -300 odds for Judy. Zellweger won this category, again foreshadowing an Oscar win.

As far as Best Director goes, Martin Scorsese lead the pack with -120 odds for The Irishman, closely followed by Bong Joon Ho, with +115 odds for Parasite. Quentin Tarantino earned third favorite odds (+350) with Once Upon A Time In Hollywood. The eventual winner ended up being Sam Mendes, for 1917, in an upset, and then, at the Oscars, Mendes entered as a favorite and was himself upset.

The final category we wanted to highlight was Best Show, which is a hotly contested race. Netflix’s The Crown was a slight favorite, with -120 odds, closely followed by the highly touted Succession, at +100. The Crown star Olivia Colman was also a slight favorite in her attempt to win the Best Actress (Drama Series) award, with -115 odds. Colman won, but The Crown did not, falling to Succession.