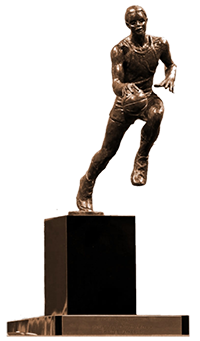 Betting on the NBA MVP award is a great way to stay involved in the NBA season and keep track of the best players in the league over the regular season. The NBA MVP Award is the most prestigious award that the NBA can give out on a yearly basis, perhaps only matched in grandeur by the NBA Finals MVP award. The NBA MVP award is the recognition that, during the regular season, a given player was the best in the league.

MVP award betting doesn’t always go as planned. There are some famous MVP snubs (each of Steve Nash’s MVP wins arguably snubbed a more deserving player), but on the whole, looking through the MVP list can give you a real sense of where the league is at and what happened in the league over time. Upsets are sure to occur, but the state of sports media and opinion is becoming quite homogenized, to the point that the first unanimous MVP was elected only a few years ago. Previously, players like Michael Jordan and Lebron James had been denied unanimous MVP status by spiteful voters, but in the age of social media, media people are more afraid of backlash and more homogenized by the general thought processes.

Many of the greatest players in the league have won the MVP award. Below, you can find a list of all of the MVP winners, organized by year.

Kareem Abdul-Jabbar has the most MVP Awards in history, with six, a record not likely to be broken any time soon. The currently active player with the most MVP awards is LeBron James, who has four, although some might argue he was snubbed in years when he was clearly the best player in the league. Similarly, Karl Malone’s winning of the MVP over Michael Jordan immediately preceded Jordan winning his fifth championship – over Malone’s Utah Jazz.

Giannis Antetokounmpo won the 2019-2020 NBA MVP. This marked his second MVP award, and his second consecutive MVP award. He then proceeded to get eliminated from the playoffs in the second round. Symbolism! Lebron James made a bit of a fuss about it after winning the NBA Championship, rightfully, saying that he wanted the respect that was due to him, and honestly, it’s hard to blame him.

The 2021 NBA season has not yet had its start date announced. The League has said that it will provide two months notice as to when the season will start, and they’re looking for a date anywhere from January to March. The earliest rumored date is January 18th, and the latest is mid-March. A lot will depend on the status of the pandemic, and the desire of the owners to have fans in stadiums. The NBA developed a good reputation for managing the pandemic well in the bubble, and they wouldn’t want to squander that. This is a long way of saying that the 2021 MVP odds are not up yet, and will likely not be up until the season has a definite start date.