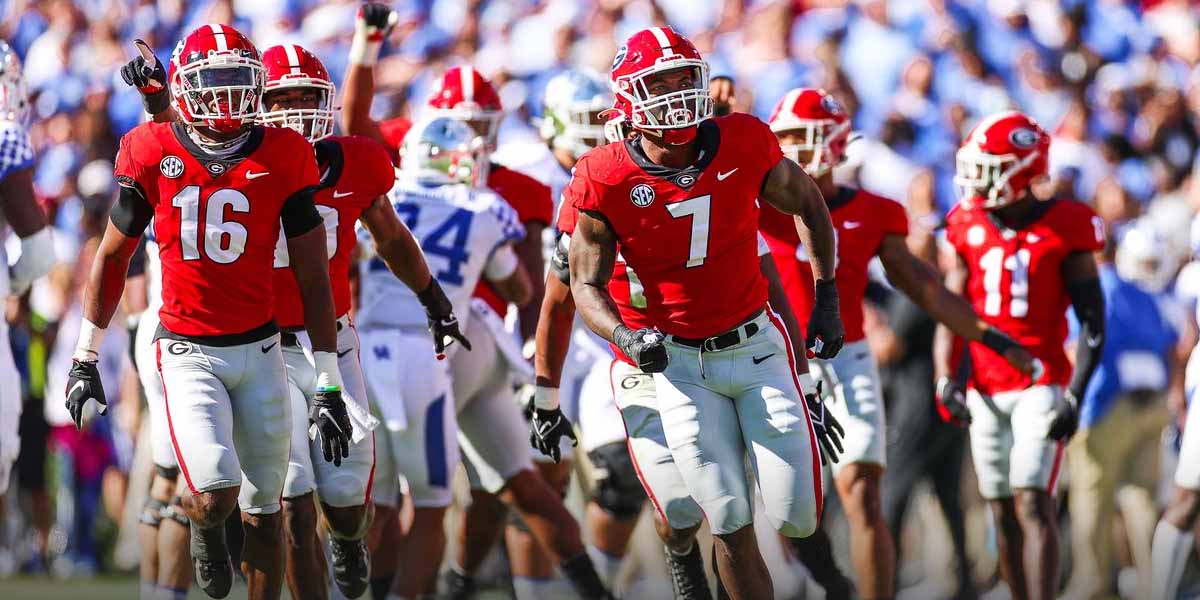 ATHENS, Ga. - The Georgia Bulldogs are running away as the favorites to win the National Championship. However, their in-conference rivals could be the team to stand in their way.

Georgia Bulldogs As The Favorites

The Georgia Bulldogs now sit with odds short of EVEN in the NCAA National Championship futures odds board. Online sportsbooks rightfully have them as the favorite, but does the line leave too much value elsewhere on the board?

Georgia has, by far, the best defense in the country, the largest scoring differential (+31.9) and are No. 1 in both the AP and CFP polls.

Assuming the Bulldogs handle business in their last three games of the season, they’ll be faced with an SEC Championship game against the Alabama Crimson Tide.

Alabama will likely need a win to stay in the CFP while Georgia would simply look to keep their No. 1 rankings. However, if Alabama were to win it could potentially make for an interesting final poll as it’d be tough to eliminate either team from the CFP and ultimately, a team would be left out in their place.

How The Non-SEC Teams Stack Up

The Ohio State Buckeyes have the next shortest odds behind the SEC teams as the team with the apparent best chance to make the playoff. Although they’re not in the top four right now, they have games against both Michigan and Michigan State that would surely boost their resume enough to earn a top-four spot.

Those betting on college football will then find a big jump in odds from Ohio State to the next closest team, the Oklahoma Sooners. Although Oklahoma is currently eighth in the CFP Poll, they’ll play two big games against Baylor and Oklahoma State that should help them move up in the rankings if they were to win.

Despite being 9-0, the team hasn’t looked all that impressive this season, but with Caleb Williams running the show, things seem to have gotten better for the program.

A 13-0 team with a conference championship likely will not get left out of the playoff which makes OU a solid value bet at +1000.

After that comes the Oregon Ducks, Cincinnati Bearcats and Michigan Wolverines. Of the three, Oregon is in the best position, but if they were to lose another game it would open the door for another team.

As Oregon is currently in the top four, they likely won’t get jumped too easily and have some extra cushion with Michigan State losing last week. At +2000 the odds have some value but are longshots either way.