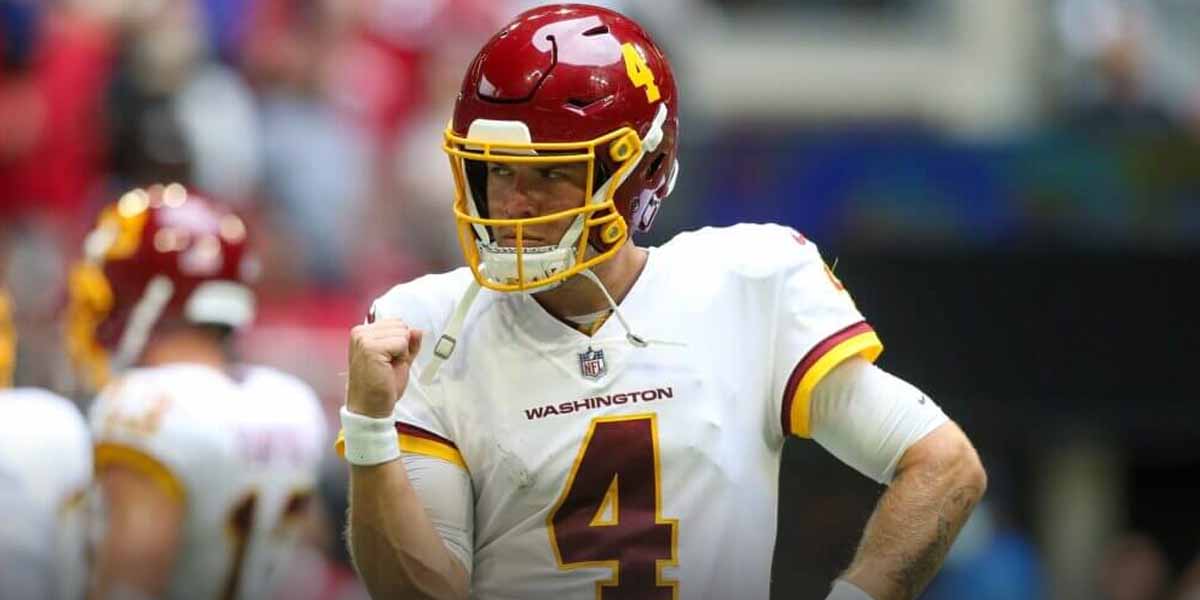 WASHINGTON - Taylor Heinicke will face off against a porous Seattle Seahawks pass defense in an attempt to continue the Washington Football Team’s two-game winning streak.

Heinicke has not been overwhelmingly impressive this season, passing for 15 touchdowns with nine interceptions, and 2390 passing yards.

Heinicke is averaging 239.0 yards per game this season, which is just under his O/U of 245.5 against a weak Seattle passing defense.

Seattle’s defense has been very poor overall this season, but especially poor against the pass - they give up the 3rd most passing yards per game (279.6).

Heinicke has gone over 245.5 passing yards in six of his 10 games played, including three of his last four games. In those three recent games, he put up more than 245.5 passing yards against the Green Bay Packers, the Denver Broncos and the Tampa Bay Buccaneers.

Green Bay and Denver are top 10 in the league against the pass, while the Buccaneers are 17.

The Seahawks definitely are - and that raises the question for NFL betting fans of whether Heinicke can manage to hit this O/U against a bad defense when he’s done so well recently against good ones.

For all of Heinicke’s functionality as a member of the offense, he hasn’t had a ton of luck converting yards into touchdowns. Some of that is the nine interceptions he’s thrown, as compared to only 15 touchdowns - he’s thrown the 7th most interceptions in the league, and the 13th most touchdowns.

Heinicke has only gone over two passing touchdowns in four of his 10 games played, and only once since Week 5 - last week, against the Carolina Panthers.

However, he has passed for one touchdown or more every week of the season except that Week 5 matchup against the New Orleans Saints.

Despite Seattle’s obvious struggles in the pass defense department, they have managed to enact a bend-but-don’t-break defense this year, as they’re 10th in passing touchdowns allowed.

They give up an average of 1.4 touchdowns per game - it’s in range for Heinicke’s over, but it’s possible that his touchdowns get vultured by J.D. McKissic and Antonio Gibson.

Online sportsbooks have set this line very sharply - Heinicke is a QB you can count on for one touchdown, but more than that can be questionable, even against Seattle.

The Washington Football Team takes on the Seattle Seahawks on Monday Night Football. The game airs at 8:15 p.m. EST on ESPN.