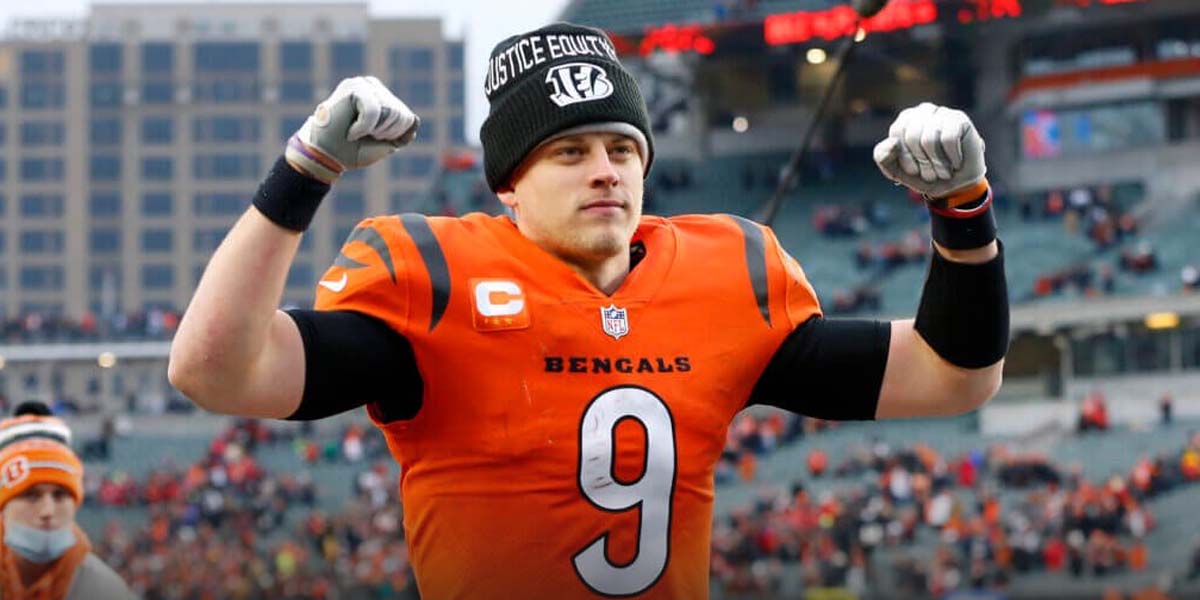 CINCINNATI – Heading into the final week of the NFL season, there has been a major shift in the odds to win the MVP. Cincinnati Bengals quarterback, Joe Burrow, has made a final push to win the award over the last two weeks.

Going into Week 15 of the season, Joe Burrow was listed with long +15000 odds to win the award. Online sports betting sites have shifted his odds to +1800 heading into Week 18.

Over the last two weeks, Joe Burrow has certainly been playing like an MVP. In Week 16, Burrow went into their game against the Baltimore Ravens as 7.5-point favorites and completely demolished them with a final score of 41-21.

In the game Burrow had a career day throwing for 37-46 completions, 525 passing yards, four touchdowns, and a 143.2 passer rating. Not to mention, he did all this without throwing an interception.

Burrow followed his performance up in Week 17 against the Kansas City Chiefs as he went for 446 yards and four touchdowns. He also set a new career-high in his passer rating at 148.

Not only did this game end the Chiefs eight-game winning streak, but it also secured them their first AFC North division title since 2015.

Burrow has had an incredible impact on the Bengals in his second season having added six more wins to their record from last season. The Bengals also jumped from 29th in points and passing yards last season to top-10 in both categories this season.

Given his outbreak towards the end of the season, and the impact that he has had on the Bengals this season, his NFL MVP odds could continue to shorten and could be very valuable if taken before Week 18.