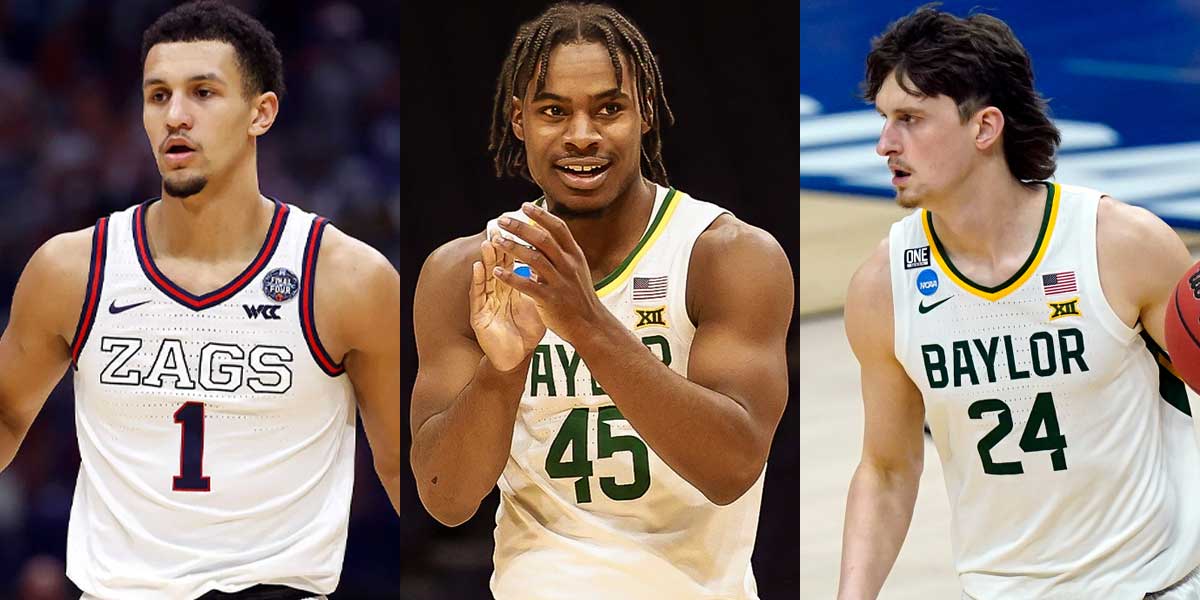 INDIANAPOLIS - With the 2021 NCAA Men’s College Basketball National Championship game set in stone between the Gonzaga Bulldogs and the Baylor Bears, bettors should not only begin betting on the normal game lines but they should also be looking at the different player props as well for the game.
Online sportsbooks have different player props for some of the best players on each team such as Jalen Suggs and Corey Kispert from Gonzaga and Davion Mitchell and Matthew Mayer from Baylor.

Starting with Jalen Suggs, he has been a name to remember thus far in the March Madness tournament especially after hitting a game-winning buzzer-beater against UCLA in the Final Four.

JALEN SUGGS FROM HALFCOURT FOR THE WIN 😱

Something to know about Suggs is that he is a very crafty and reliable playmaker. Bettors should be looking at his odds to record six or more assists and be hopping all over them.

Suggs averages 4.6 assists on the season which is clearly under the total that online sportsbooks are looking for, however, looking at Suggs last three games, he has recorded six or more assists in all three games. With Suggs being on a hot streak right now recording assists, bettors should feel more than comfortable betting that he will.

Although Corey Kispert is not necessarily known as a playmaker, the fact that the college basketball odds offer such a nice payout for the least amount of assists on his player prop builder should be worth a shot. Kispert has recorded three or more assists in eight games this season including in the Final Four where he put up five assists.

Kispert has full potential to record three assists especially if he gets off to a hot start where Baylor is forced to bring more pressure to him which could force him to pass the ball more.

Davion Mitchell has been the name to know on the Baylor Bears as he has come out swinging this season. Mitchell averages 14 ppg which is below the total, however, he does step up in big games. He has recorded 19 or more points six times this season including a 23-point outing in the Big 12 Championship Game.

Being that Mitchell has proven that he can put up points against just about any team in the nation, bettors should fully expect that he comes close or hits the total for points and cash out bettors.

When bettors think about Baylor, the one thing that should immediately come to mind is their three-point shooting. When it comes to who is consistent though, Matthew Mayer hits his three-point shots at a 40% rate which is the third-best on the team. With odds on Mayer hitting 2 or more three-pointers in the National Championship game.

In 21 games this season, Mayer has attempted two or more three-point shots with nine games coming with two or more made three-pointers including two in the last four games of March Madness. With that being said, Mayer consistently hits three-pointers at a high rate and bettors should take note of that while betting on him to do so.