USA Online Sportsbooks | Sports Betting | Can The Colorado Rapids Come Through On the Road? 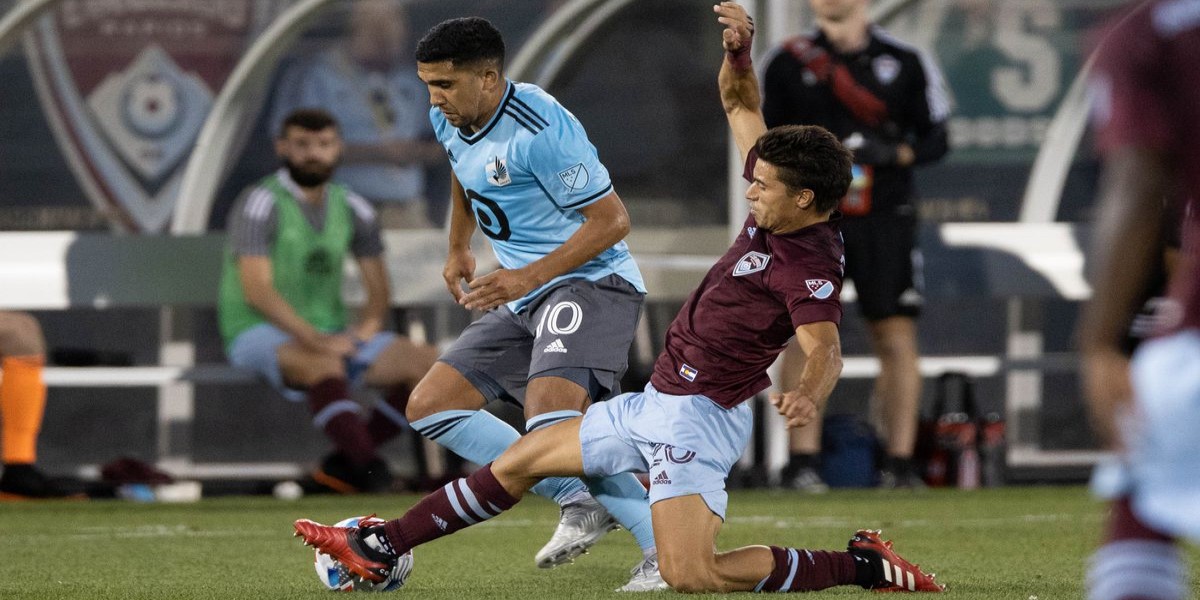 COMMERCE CITY, Colo. - The Colorado Rapids will play host to Minnesota United FC in the MLS on Sunday.

The Rapids boast a 13-9-5 record, good for third place in the MLS’ Western Conference, with a goal differential of +11.

Minnesota United is four spots behind them in the rankings, with their 10-8-9 record making them seventh in the conference.

However, the home team Minnesota squad is favored to win this matchup, according to the online sportsbooks.

While Minnesota is not an outright favorite, it is somewhat surprising to see them leading the odds boards like this against an ostensibly better team.

The Rapids have been treading water recently, with one win, one loss and three draws, in their last five matches.

But Minnesota hasn't been doing much better with their performance. They have two wins, two losses and a draw in their last five matches.

In addition, while Minnesota will be missing five players due to international team call-ups, Colorado will only be missing two.

What’s happening here is that Colorado has overperformed this season, but their form has regressed - and it seems as though the soccer betting markets think that trend will continue.

With that said, we’re nearly to the end of the season, and even if Colorado continues to stall out, they’ll still look to lock a playoff spot in the West.

Both Colorado and Minnesota are legitimate contenders for the MLS Cup, although the Rapids are fifth on the odds boards while Minnesota United are 11th.

Colorado is and should be a better team, despite being on the road, and they could be a solid underdog play for sports bettors to wager on.

The Colorado Rapids take on Minnesota United on Sunday, with the game kicking off at 4:00 p.m. EST and coverage taking place on ESPN+.