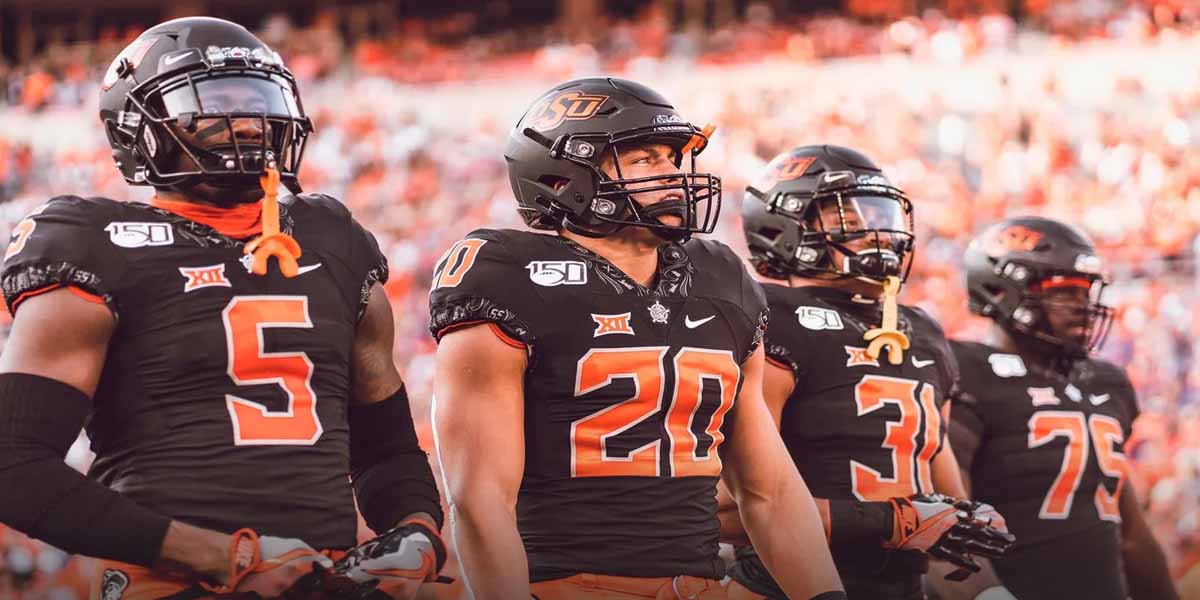 LAS VEGAS – The 2022-23 college football season is just one month away and odds are being released in bunches. Most recently, win totals for different college football teams with some of them facing uncertainty in the odds from online sportsbooks.

Three teams in particular that online betting sites have had trouble setting odds for are the Oklahoma State Cowboys, Wisconsin Badgers, and Iowa Hawkeyes. All of which are set between 7.5 and 8.5 win totals for the season.

The Oklahoma State Cowboys are one of the hottest teams in the Big 12 after coming off of an 11 win season in 2021 which shattered their 7.5 win total.

Many would think that the Cowboys would have improved drastically in their 2022 win total, however, oddsmakers have set it just one game higher with shading on the under. This is an opportunity to get in on some serious value in the over being that the Cowboys have been streaking in the last five seasons going 4-1-1 with the over since 2015.

Backing that even more is that they played very well against the conference last season with an 8-2 record.

They also scored the fifth-highest point per game (31.1) last season in the conference while also allowing the least amount of points per game to opponents (16.8). With both sides of the ball steaming hot right now and the trend well in their direction, some plus money can be made with this line.

Badgers Trending Towards The Over

Looking at the Wisconsin Badgers, they are coming off an 8-2 season last year which was not enough for them to hit the over. However, over the last four seasons, Wisconsin has been on an up and down trend in terms of the win total.

They have hit the over and under every other season since 2017. Being that they stayed under last season, they could be in line for the over this season.

Looking at how things are going for them and why they could continue this unsteady trend, while scoring 25.4 ppg, they only allowed 16.4 ppg to their opponents, the second-lowest in the conference,

Sticking with the Big 10, the Iowa Hawkeyes have been hot, but not as long as the other teams on this list. Their trend only dates back three seasons as they have gone over their win total in the last three seasons.

Oddsmakers have had a hard time in setting this win total being that in 2018 and 2019, it was set at 7.5 then moved up to 8.5 in which they hit the over as well. That said, it is hard seeing why the win total was lowered back to 7.5 after a 10-win season for them.

Something to keep an eye on is that they had one of the best conference records last season at 7-3 and this season. This season, they are going up against four teams that finished last season with under .500 records against the Big 10 in Northwestern, Rutgers, Nebraska, and Illinois.

If they can take down all those teams, they would be just four games from extending the over to a fourth straight year.