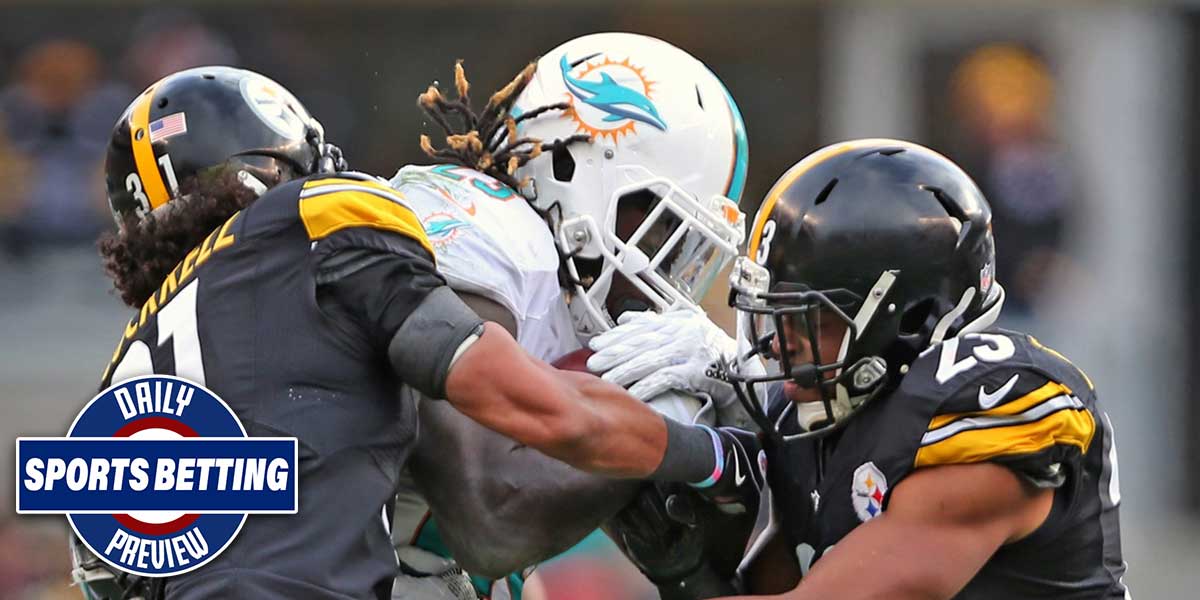 TALLAHASSEE, Fla. – Though Monday is not one of the fabled sports equinox days, it still provides plenty of betting action for bettors of all sports. Today, there is a strong variety occurring from Monday Night Football and the NBA to esports, tennis, and even the NHL.

The focus of this daily sports betting preview will look at the first three sports mentioned, giving bettors an insight of what to look forward to tonight.

The Pittsburgh Steelers are 14-point favorites in the 8:15 p.m. contest over the Miami Dolphins, who have yet to win a game. As a strong favorite, the Steelers (-770) should have no trouble in taking down one of the worst teams in the league.

The game will be played in Pittsburgh and oddsmakers believe that the home crowd will play an influence over the Dolphins’ offense. Projected at only 13.5 points for the game, the Dolphins could definitely manage to surpass this mark (-150) assuming Ryan Fitzpatrick takes care of the ball.

This may be one of the uglier Monday Night Football games of the year, but expect the Steelers to get the job done. Despite losing two of the last three, the Steelers have won 11 of the past 16 matchups dating back to 1988.

This game will be broadcasted on ESPN.

Russell Westbrook Against The Thunder

After being traded from the Oklahoma City Thunder to the Houston Rockets, all-star Russell Westbrook will be facing his old team for the first time. This will be the first game of a three-game series that will be played tonight and conclude in January.

The home team Rockets are 9.5-point favorites over the Thunder, who will look to play spoiler and get their record back to even. On the moneyline, the Rockets (-550) are strong favorites to win the matchup.

The Thunder (+445) on the other hand will be massive underdogs but without any injured players on the roster, don’t be surprised to see Oklahoma City hang in there. See if they do at 8 p.m. EST on NBA League Pass.

In the ECS League, the quarterfinals are underway today. A few matches have already progressed through, but the focus of the day will be on the match at 6:30 p.m. EST.

Here INTZ and eUnited go head to head in Series 5. INTZ has only gotten out of Round 1 one time over the last five series, as eUnited looks to make it happen for the first.

Intz E-Sports is given a slight underdog title (+105), but bettors may not be too inclined to wager against this squad. While eUnited is favored (-140), these competitions can go whichever way.

One bet in the tournament to keep your eye on is the 2.5-game total. No matter who a bettor thinks will win, taking the under (2.5, -120) on the games played is likely to happen.