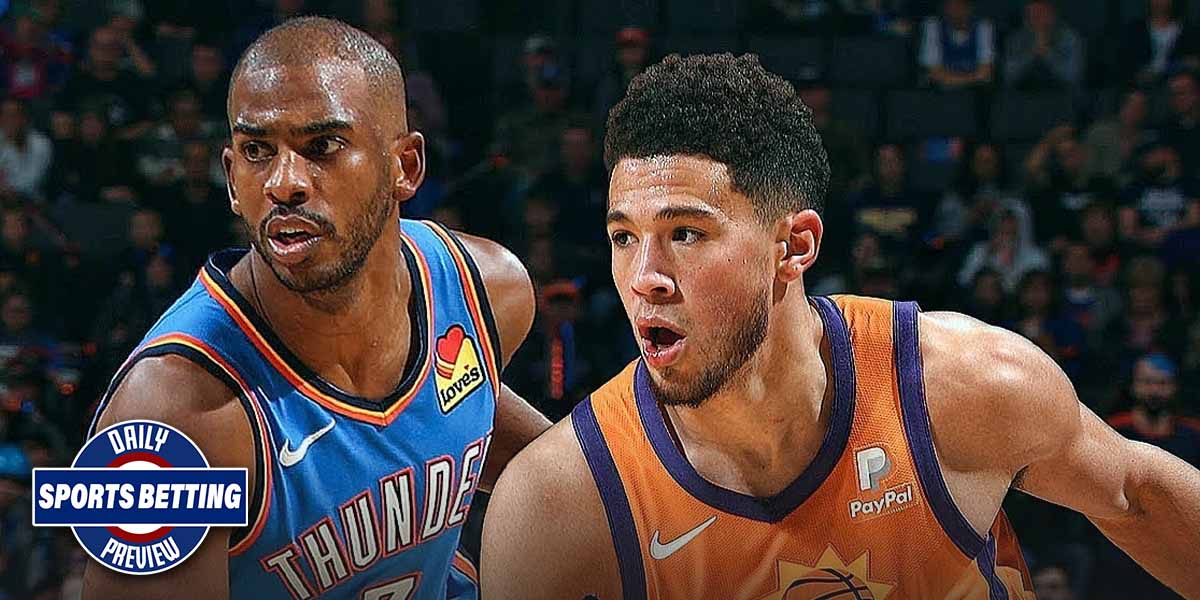 PHOENIX - With NBA, college basketball and college football on the schedule on Thursday, bettors will have their hands full handicapping the slate.

While the Thunder’s average game is essentially the current spread, they’ll now be playing the best team in the league in the first half.

Plus, the Suns have been even better as of late with a +12.0 average point margin in the first half over their last three games. They also have a +6.8 average scoring margin in home games.

All signs point towards Phoenix covering this number,

The George Mason Patriots and Wisconsin Badgers will play one another on Thursday night. Despite Wisconsin being a ranked team, college basketball betting sites only have the Badgers favored by 11.5 points, but that could actually turn out to be too high a number.

The Patriots may not have a good shot to win, but the chances of covering the spread seem fairly solid.

The 2021 Gasparilla Bowl is between the UCF Knights and Florida Gators. The in-state rivalry is separated by a touchdown according to the college football betting odds. Both teams will be without key players for the game which makes it a tough game to handicap.

Anthony Richardson and Dillon Gabriel will both not play, but at least Florida has another quarterback with enough in-game experience in Emory Jones. Although Jones plans to transfer, he has one more game left to play and with enough experience leading a Power 5 program, he should be able to score enough points to cover the spread.