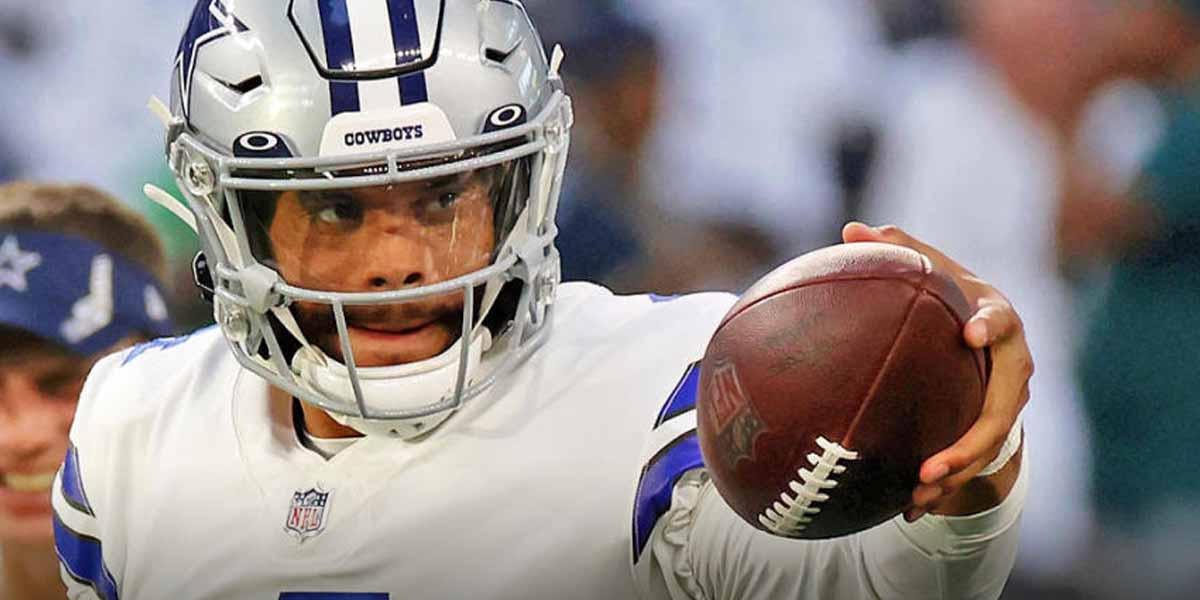 FOXBOROUGH, Mass. – Dak Prescott has had an impressive start to the season and is the favorite (-175) to win Comeback Player of the Year, but his player props are far from guaranteed.

The Dallas Cowboys will face the New England Patriots on Sunday and while the Cowboys are favored to win, Dak Prescott’s passing yards total is set a little too high on online sportsbooks.

The Patriots are the fourth-best passing defense, allowing just 206.6 yards per game while Prescott has only eclipsed this mark in two of his five games this season.

One of Prescott’s best abilities is extending plays and gaining yards with his legs, however, he has been reluctant to do so this season. Prescott has run for just 60 yards on the season, 35 of which came in one game.

He has run for six yards twice this season, putting his floor right around the total, but his reluctance to use his legs makes this a tough line to choose a side on. New England held Tua Tagovailoa, Jameis Winston, Tom Brady and Davis Mills under this total while Zach Wilson is the only quarterback to have more yards than the listed number.

Since Prescott isn’t using his legs, he’s been throwing the ball more often and has been seeing an uptick in his passing touchdowns total. Despite throwing for 3+ touchdowns in each of the last three weeks, those betting on the NFL can find his touchdown total at 1.5.

Only four teams in the NFL allow fewer passing touchdowns per game than New England, but Prescott has thrown for three or more touchdowns in four of his five games this season.