USA Online Sportsbooks | Sports Betting | How Many Wins Can The Jets Realistically Get? Odds Say 1 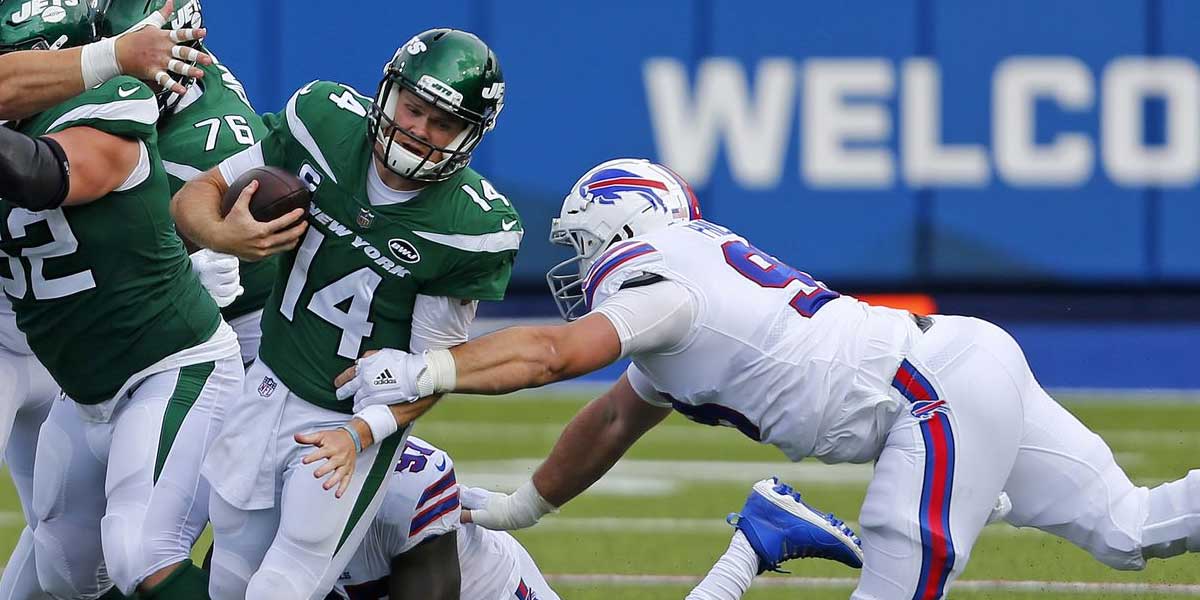 NEW YORK—With the NFL season having already gone through six weeks, the New York Jets remain the only winless team in the league as they sit with an 0-6 record.

Being that the Jets are the last remaining winless team, online sportsbooks have odds on just how many games they can actually win this season.

Looking at the shortest odds, the Jets are favored to win just one game. The Jets have 10 games remaining on their schedule and of those 10 games, seven of them are against teams that currently have a .500 record or above including teams like the Kansas City Chiefs, Seattle Seahawks, Buffalo Bills, and Los Angeles Rams. The teams that they are facing that sit below .500 include the New England Patriots who they will see twice and the Los Angeles Chargers.

The game to circle that the Jets have a real possibility of winning comes in Week 11 when they face off against the Los Angeles Chargers who are currently sitting at 1-4. Even then, the Jets are not favored to win the game as the Chargers have an 8-point spread in their favor.

The Jets themselves have not been helping their case to win any games either as they are clearly deep in a rebuild after releasing Le’Veon Bell and also trading away their nose tackle, Steve McLendon as well.

When looking at the other options of where bettors can lay their money, betting on them to remain winless throughout the season could turn out beneficial. Even with their upcoming game against the 1-4 Chargers or the 2-3 New England Patriots and even their last matchup with the Miami Dolphins, they just simply do not have enough to compete against these teams nor are they favored by NFL sportsbooks to do so.

Just to back up the case of them being winless, they are coming off of a loss to the Miami Dolphins, but the Dolphins were able to do something that no other team has done against the Jets and that is shut them out holding them to zero points.

Another option for bettors to look at is two wins. This might seem like a stretch even though two wins has shorter odds than zero, but if the Jets do get their heads on straight, they could not only take down the LA Chargers but they could also give Miami a run for their money as well, being that they are in a rebuilding period as well.