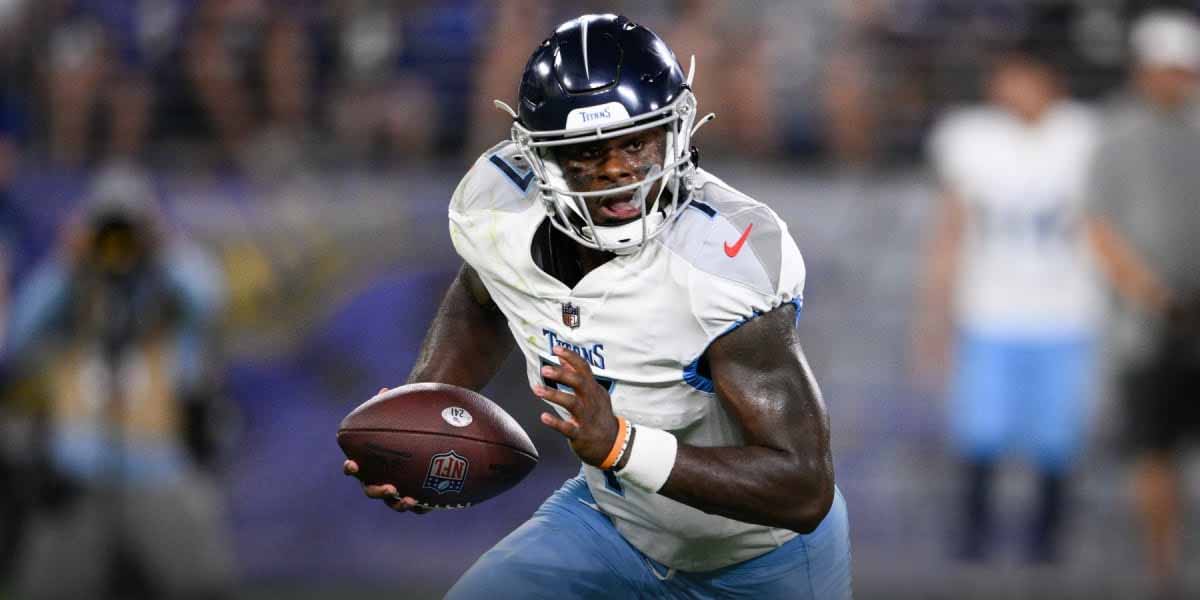 NASHVILLE, Tenn. – There has been some extreme trouble in Nashville as the Tennessee Titans have dropped to 0-2 in their first two games failing to cover the spread in each, and have seen all of their odds begin to drop.

Some of the extreme odds movement that they’ve seen includes going from +3700 before Week 1 down to +5700 following Week 2. Their odds to make the playoffs shot down as well going from an even +100 to +120 odds. One of the most significant jumps that was seen on online betting sites was their projected win total going from 9 to 7.5.

The main reason behind the fall of the Titans NFL betting odds and the rise of Malik Willis ROY odds comes from the poor play of Ryan Tannehill. Tannehill has looked anything but great in Tennessee’s first two games going for 383 passing yards (25th), just 2 touchdowns (17th), and has a horrid 48.7 QBR (17th).

With his poor play, oddsmakers have been quick to list him as the quarterback with the shortest odds to lose their starting job first at +100 odds.

Next QB To Los Starting Job (Other Than Mitchell Trubisky)

Tennessee has already hinted at making a switch at the QB position after they benched Tannehill in the later half of the third quarter of Week 2 against the Bills following a pick 6.

Another indication of poor play from Tanny that dates back even further were his abysmal +12500 odds to win the MVP that have shifted back to +15000.

With all said and done, BetOnline has the right idea on Willis & Rooke of the Year odds being in contention, but for the most value before he takes over the starting role, Bovada should be your move.