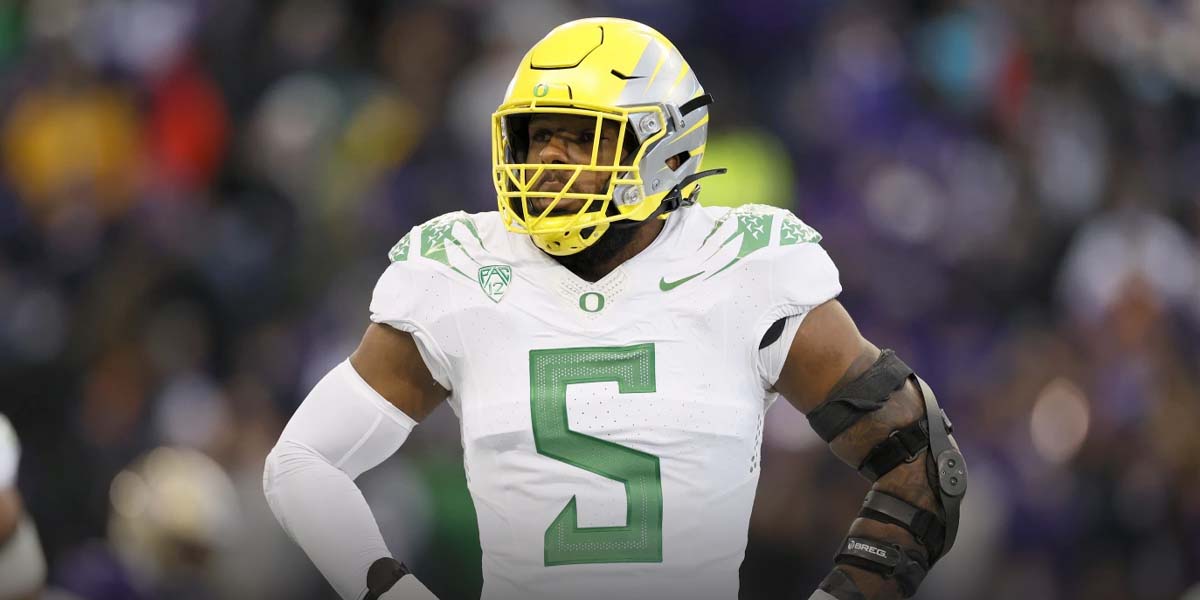 JACKSONVILLE, Fla. - The first overall pick is in the hands of the Jacksonville Jaguars and despite Aidan Hutchinson being the favorite, Kayvon Thibodeaux is very close behind.

The Case For Kayvon Thibodeaux

Thibodeaux has been considered a top pick since high school. He was the No. 2 player in his class and had an immediate impact as a true freshman, recording nine sacks. Since then he’s been constantly faced with double teams and has still continued to put up big numbers.

Thibodeaux is a similar height and weight as Myles Garrett and could very well be a comparable prospect to the All-Pro pass rusher. He’s been the more consistent, more versatile player and likely has a much higher ceiling in the NFL than Hutchinson.

Matching Thibodeaux with Josh Allen to be the two defensive ends could be a lethal combination for years to come and considering online sportsbooks have plus-money odds listed, he’s a good bet to make.

The Case For Aidan Hutchinson

There has been a lot of hype around Hutchinson but all of it has come in the past year. This is due to him being a relative non-factor until this most recent season. Hutchinson recorded 14 sacks in 2021 despite having just 4.5 sacks in his previous three seasons combined.

With that said, Joe Burrow was the same way in having three seasons of mediocrity and then popping off once and it seemed to work out for the Cincinnati Bengals taking him No. 1 overall. Those betting on the NFL Draft will need to figure out whether the Jaguars want the most dominant player from last season or the last three seasons combined.

Either way the odds leave value for each player and bettors could even bet on both and secure a profit if the team selects either DE. Since Jacksonville had the fifth-fewest sacks in the NFL, they’re likely to take one of these pass rushers.