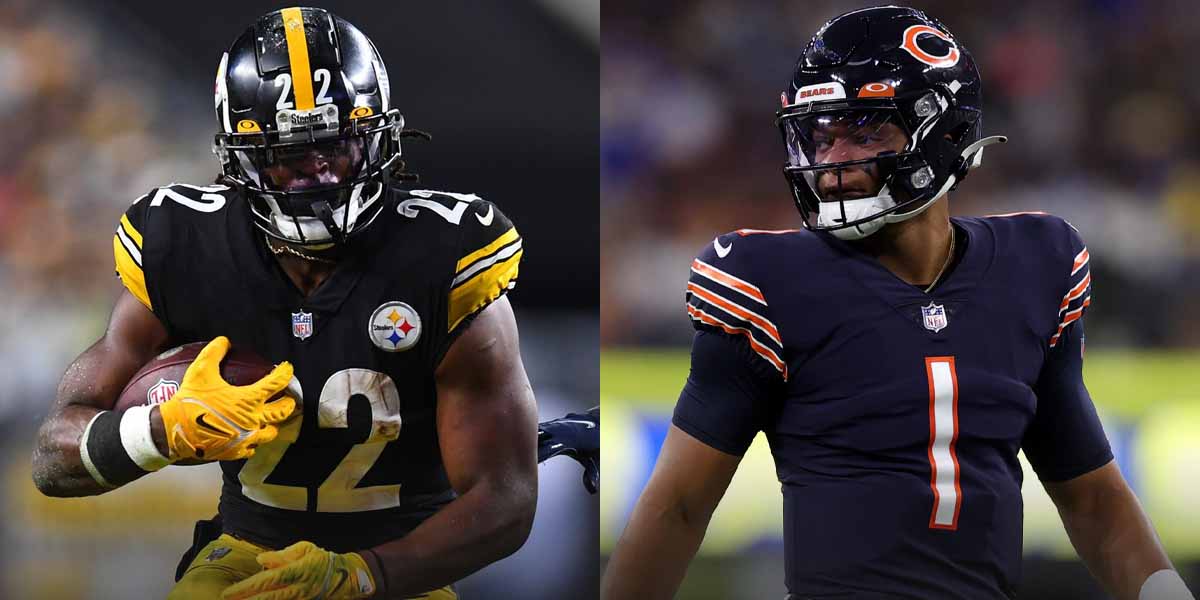 The Steelers are solid 6.5-point favorites and will look to control the game by feeding Harris, giving his total rushing yards prop solid value this week.

Chicago quarterback Justin Fields had a solid showing last week against the 49ers; however, his contributions were primarily with his legs, as he averaged over 10 yards per carry.

He has struggled through the air so far in 2021, and has only surpassed this week’s passing yards prop (183.5 yards) twice on the season.

While Pittsburgh’s passing defense is not elite, they are in the upper half of the league, allowing 256.3 passing yards per game to opposing quarterbacks. Fields has averaged just 16 completions per game since being named the starter, completing passes at a 64.6% rate.

There is simply not enough volume in the typical Bears’ game script to warrant such a high passing yardage total, providing great value for under (-114) bettors.

Steelers’ pass-catcher Diontae Johnson has had a very solid start to his season as Ben Roethlisberger’s primary target.

He has seen 10 or more targets in five out of his six games this season, reeling in an average of 6.67 of those targets per game. He has averaged 79 receiving yards per game in 2021, including his Week-1 bust where he managed just 36 yards.

The Bears have allowed the eighth-most receiving yards per game to opposing wide receivers (195.1), providing excellent value for over (-115) bettors.

Zach has been entrenched in the world of DFS since he has been in high school. After sizeable DFS tournament wins, he has turned his focus to content writing to help the USA betting community He received a degree in Sports Management from Florida State University, and currently works as a basketball coach and school teacher. Zach likes to play golf, basketball, and listen to the music when he is not at his computer grinding DFS lineups.