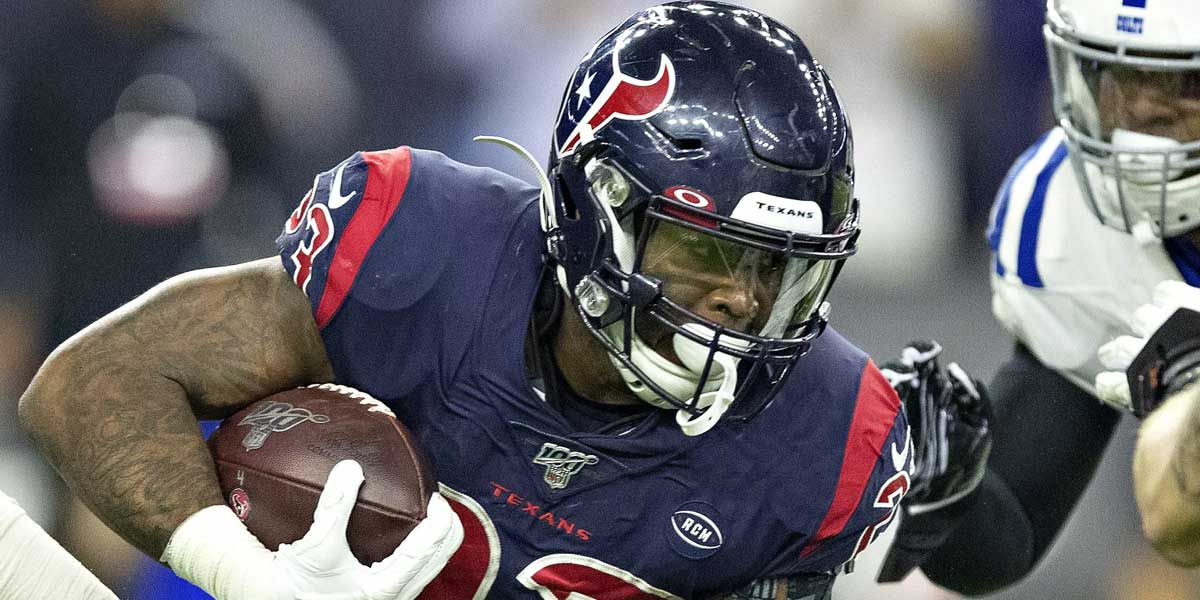 TALLAHASSEE, Fla. – With Week 16 of the NFL season approaching, teams are now starting to position themselves for playoff seeding and first-round byes. Of the teams 12 teams that would make the playoffs if they started today, half of those teams would have longshot odds to win the Super Bowl.

However, if one of these teams were to go on a late postseason run it would make score some bettors a major profit at sportsbooks.

These teams have already clinched a playoff spot or are on the cusp of doing so in Week 16. A futures bet on these teams could net a profit for bettors at US sportsbooks if these teams pull off the necessary upsets.

The Buffalo Bills could be the best dark horse candidate to make it to Super Bowl 54 and they’ve already clinched at least a wild card spot in this year’s postseason. They have a stingy defense and an offense that can beat you with their rushing or passing attack. Their head coach Sean McDermott is a frontrunner for the Coach of the Year award as he’s led a team that was 6-10 a season ago to a 10-4 record.

Buffalo is only one game behind the New England Patriots for the division lead ahead of their Week 16 showdown in Foxboro. If the Bills are going to win the division, they would need to win this week at New England and their next game against the New York Jets. Then the Patriots would have to lose a home game against the Miami Dolphins in Week 17. It’s not the ideal scenario but the Bills would love nothing more than to end the Patriots streak of winning 10 straight division titles before heading into the playoffs.

The Vikings are another team that will likely clinch a playoff berth in Week 16. They have a 96% chance to make the playoffs because of the Dallas Cowboys win over the Los Angeles Rams in Week 15, giving them a two-game lead for the last playoff spot. The Vikings are a team that has a strong defense and offense which has led them to a 10-4 record this season.

The health of Vikings running back Dalvin Cook will be something to monitor if you’re going to bet on Minnesota’s longshot +2500 Super Bowl odds. If the playoffs started today, the Vikings would be the six seed taking on the third-seeded New Orleans Saints on the road.

This team has the talent to be one of the best teams in the NFL and they just haven’t proven it on the field. However, the Cowboys still have time to pull off a winning streak before heading into the playoffs and their win over the Los Angeles Rams might be the momentum boost that this team needed.

They’re currently the favorite to win their second straight NFC East title at -220 odds and can clinch a playoff berth with a win over the injury-riddled Philadelphia Eagles in Week 16.

Although the security of head coaches Jason Garrett’s job has a hot topic in the media, this team can salvage their season by simply beating the Eagles this week.

A win would keep alive their +3300 Super Bowl odds but if the Cowboys lose in Week 16 in Philadelphia, there will be a lot of changes coming to the coaching staff. If the Cowboys make the playoffs, they’ll be a team nobody wants to face and could be one of the major playoff spoilers this postseason. A win Sunday would lock the Cowboys into the fourth seed in the NFC with a wild card matchup against the Seattle Seahawks or the San Francisco 49ers.

The Houston Texans have enjoyed stellar play from quarterback and early MVP candidate Deshaun Watson this season. However, they’ve failed to pull away from the streaking Tennessee Titans in the AFC South yet.

The Texans have a 98% chance to make the playoffs and should be helped by the fact that the Titans must play the New Orleans Saints, who won’t be sitting any starters because they’re vying for a first-round bye in the NFC playoffs.

With the Texans all but certain to make the playoffs, placing a wager on their Super Bowl futures betting odds might be a low-risk high reward gamble to take. They have the offense to put points on the board and if their defense can make some crucial stops down the stretch then the +3300 odds for the Texans will net bettors a sizable profit.

An AFC South title will give the Texans the fourth seed in the playoffs and if the postseason started today, they’d have a tough matchup in the Buffalo Bills. The Texans benefited from a weak AFC South but any futures wagers on the Texans should be faded after this week.

After Week 16 the playoff picture will become clearer and you can expect to see these four teams in the playoffs as potential candidates to make an underdog run to Super Bowl 54.