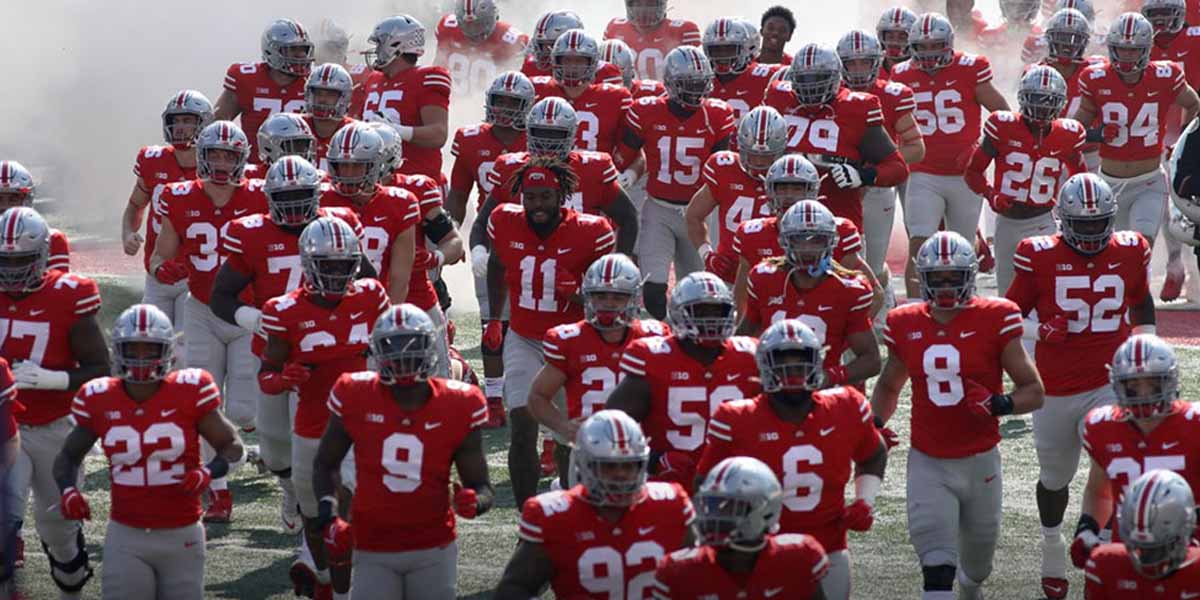 INDIANAPOLIS – Week 7’s NCAA football slate featured several outcomes that dramatically affected the landscape of college football. The primary shakeup was Purdue’s upset over Iowa, which restacked the deck of the Big Ten in favor of Ohio State. This upset, combined with other notable games, had a trickle-down effect on conferences that is reflected in their updated futures odds.

The Ohio State Buckeyes have taken over as a large favorite to win the Big 10 on internet sportsbooks after Iowa was upset by Purdue last week. Ohio State dropped their Week 2 matchup with Oregon, but have been dominant ever since, winning their last four matchups by an average margin of 40.25 points. The Buckeyes’ dominance will be tested as they head down the homestretch with matchups against Penn State, Purdue, Michigan State, and Michigan in their last five games.

Michigan’s odds to win the Big 10 have moved to second-best largely as a result of Iowa’s loss, though Michigan has been a legitimate contender in their own right; they have allowed just 15.5 points per game to opponents (ninth in the country) while scoring 38.5 points per game (14th in the country). Michigan has a similarly tough schedule, facing Michigan State, Penn State, and Ohio State within the last five weeks.

Georgia defeated their third straight-ranked team last week when they took down the Kentucky Wildcats, and they continue to look like the best team in the NCAA. So far this season, the Bulldogs’ defensive unit has not allowed more than 13 points in any game and they average just 6.6 points allowed per game.

While Georgia is a decently sized favorite to win the SEC, Alabama’s (+100) odds provide excellent value; the Crimson Tide defeated three ranked opponents prior to being upset by Texas A&M, and their toughest remaining test is against Auburn. Alabama has won 6 of the last 9 SEC titles.

The Pittsburgh Panthers currently hold the best odds to win the ACC, edging out Clemson and NC State. Pitt is set to play Clemson this week in a matchup with huge conference championship implications. The winner of that matchup will likely see their odds shorten further.

The Oklahoma Sooners are the current favorites to win the Big 12, sitting with an undefeated record and within the Top 5 of the AP Poll. Oklahoma will face a series of tough tests in the last three weeks; they face Baylor, Iowa State, and Oklahoma State consecutively to finish the season.

Oklahoma State, also undefeated, has defeated three straight-ranked teams. They have no ranked teams remaining on their schedule outside of their final game against Oklahoma. If they come into that Oklahoma matchup undefeated, their (+400) odds will inevitably shorten.

The Oregon Ducks currently sit with a small lead in the Pac-12 futures odds table. Oregon has had an up-and-down season, defeating Ohio State early in the season but being upset by Stanford three weeks later. The Ducks take on UCLA this week as 2 point underdogs, illustrating how close the top of the Pac-12 is.

Utah has also emerged as a major contender to win the Pac-12 after taking down Washington State, USC, and Arizona State in consecutive weeks. The Utes face a few tough tests down the stretch and will have to be perfect from this point on (they already have two losses), however, they have shown they have what it takes to compete with Oregon for a conference title.