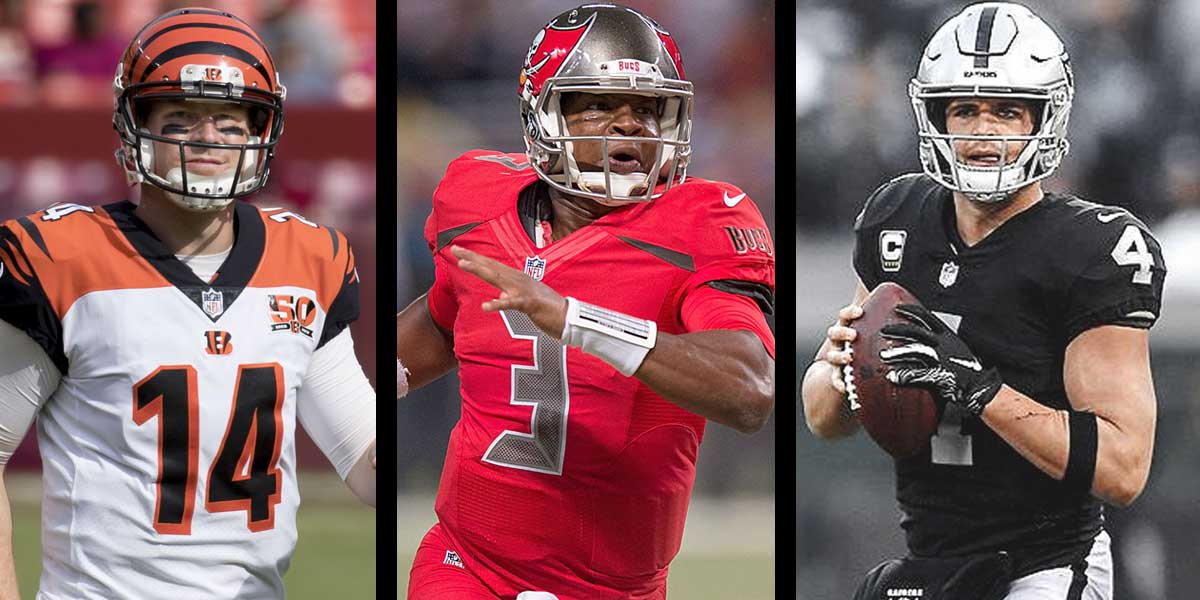 Andy Dalton has won an average of 6 games a season over the past three seasons and hasn’t played in the playoffs since 2014. Jameis Winston finished tied for 5th in interceptions thrown last season, despite playing in only 11 games. Derek Carr threw a career-worst 19 touchdowns last season, as his QBR has dropped … Read more