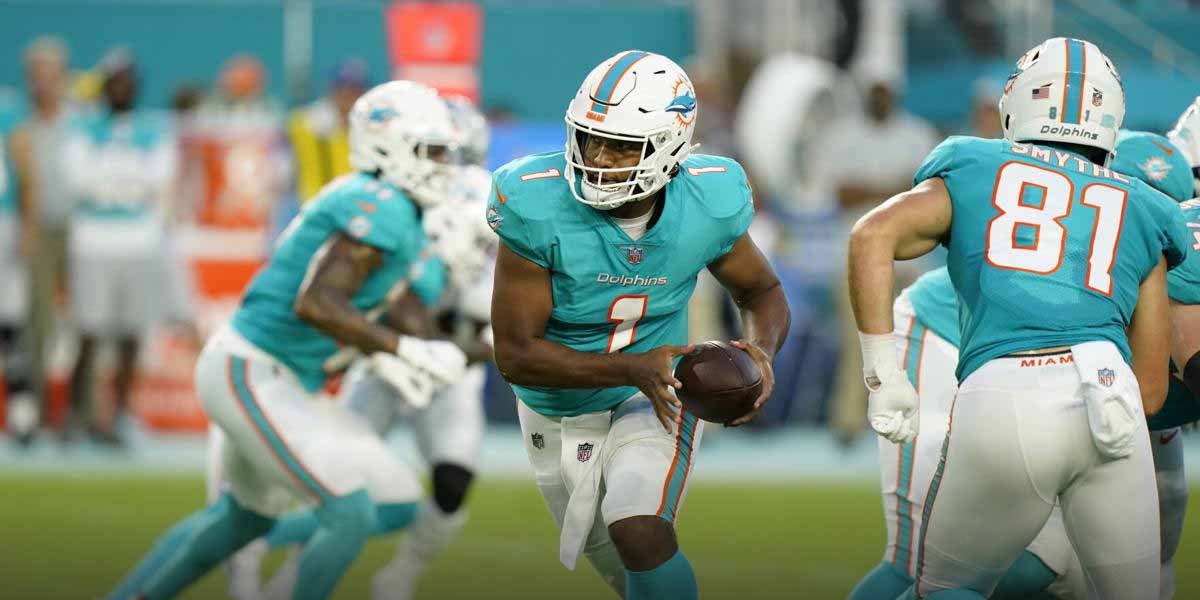 MIAMI – The Miami Dolphins have been active this offseason with improving their roster and the weapons surrounding young QB Tua Tagovailoa.

The major roster moves Miami has made including acquiring WR Tyreek Hill make them an interesting pick for Super Bowl 57 betting.

Miami is also coming into this season with a new Head Coach in Mike McDaniel. McDaniel has the second shortest odds to win Coach of the Year, showing that Super Bowl sportsbooks and Miami Dolphins betting fans are expecting an improved season for the Phins.

Miami opened with +5000 odds to win SB LVII but these odds shortened to +4000 following the signing of Tyreek Hill.

Hill adds much-needed depth and talent to the Miami offense as he is coming off of a 1,239-yard season where he converted nine TDs and saw 111 total receptions.

With the addition of Hill, Tua now has a passing core of Hill, Jalen Waddle, and Cedrick Wilson Jr. to pass to. Waddle was Tagovailoa’s main target last season. Waddle saw 104 total receptions for 1,015 yards and six total TDs.

The Phins turned their rough season around during the midpoint of the season last year. Miami started out going 1-7 then ended 9-8 including a seven-game win streak.

With Miami showing they can string together wins, this could echo into this upcoming season, especially with the roster improvements.

Tua is expected to improve based on his play during the second half of the season and the improved offense.

Absolutely love this rep by @Tua for this @MiamiDolphins offense—sudden and efficient. Every play-perfection in operation pic.twitter.com/ymG4eVVOj7

Tua has been praised by both Hill and new Head Coach McDaniel and the Miami Dolphins seem to be very much on his side ahead of the 2022 season.

“I was really happy with Tua because he has been having such a good camp, just in his development and ownership of the offense,” said Mike McDaniel. “I was very hopeful that he would be the same guy on game day. It was my first opportunity with him, and he executed really everything that we asked him to do. His ownership of the offense, his command of the players was real good. He distributed the ball well. There were a couple of times that he got to three in his progression, and he adjusted with the defense. . . . So I was happy with his performance, and it was something to build upon moving forward that the team really was pumped to see.”

The improvements in Tua have also reflected in his odds, as the young QB now sits with +5000 odds to win the MVP which shortened from +7000 after the Hill trade.

Additionally, Head Coach McDaniel’s impact is expected to be vast on the Dolphins as he sits with the second shortest odds to win Coach of the Year at +1600.

Sportsbooks are showing that bettors truly believe the Dolphins are a better team headed into the season. Miami at +4000 odds to win the Super Bowl could net big wins should the trend of improvement lead to a Championship.