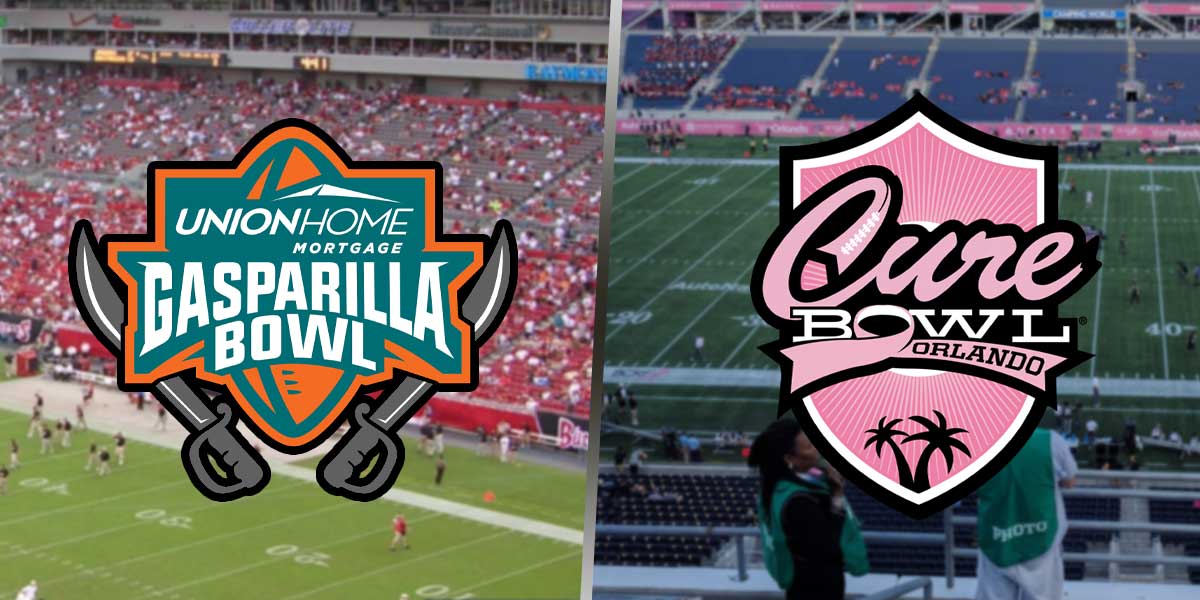 ORLANDO, Fla. – The College Bowl game betting action continues after the holidays this year with two intriguing matchups from the Sunshine State.

The Mortgage Cure Bowl from Orlando and Union Home Gasparilla Bowl from Tampa will both be played on December 26 at 12 ET. The undefeated and 12th ranked Coastal Carolina Chanticleers will face off against the No. 22 Liberty Flames in the Cure Bowl, where the Chants are a 6.5-point favorite.

Also, a 6.5-point favorite are the UAB Blazers over the SEC’s South Carolina Gamecocks. It isn’t too often that a group of five team is a touchdown favorite over an SEC team, but that appears to be the case with the current Bowl game betting lines available on the online sportsbooks.

There likely isn’t a better storyline for any bowl game than this matchup between two darlings of the 2020 season. Coastal Carolina ran through the competition this season and knocked off notable teams like Kansas, Arkansas State, Louisiana Lafayette, Appalachian State, and BYU in their path to an undefeated record.

Many were disappointed to not see Coastal in a bigger game, but as the world of CFB has seen with Boise State and UCF of years past, it takes more than one undefeated season to gain national prominence from some of these smaller programs.

That doesn’t mean they haven’t drawn a formidable opponent, as Coastal will face Hugh Freeze’s Liberty Flames. The Flames had their own undefeated season going at one point this year, with upset wins over Syracuse, Southern Miss, and Virginia Tech. The dream eventually came to an end with a 14-15 loss to No. 23 NC State, but not after putting Liberty football squarely on the map.

The other game just down the road in Tampa features another powerful G5 team in UAB taking on South Carolina.

UAB has emerged as one of the best teams in the G5 over the last three years. Coach Bill Clark has taken a program that canceled their football team just five years ago to three straight Conference USA Championship games, winning two of them.

The Blazers wrapped up another conference title with a 22-13 win over Marshall last weekend and finishes the year with a 5-3 record. In true 2020 fashion, UAB will face off against a South Carolina team that finished the year 2-8. While that would normally not warrant a bowl invite, things are a bit different this time around with bowls looking for any participants willing to make the trip.

South Carolina fired their head coach Will Muschamp midway through the disappointing season, and have already hired a replacement in Shane Beamer from Oklahoma, who just wrapped up a Big 12 title with the Sooners.

South Carolina will be down a number of key players in this matchup, either due to injury or early declaring for the NFL Draft.

CFB bettors will be surprised to see USC as a seven-point underdog to the Blazers via the college football sportsbooks. A win for UAB over an SEC team would do wonders for the psyche and trajectory of the program, while a loss for the Gamecocks would certainly be a new low.