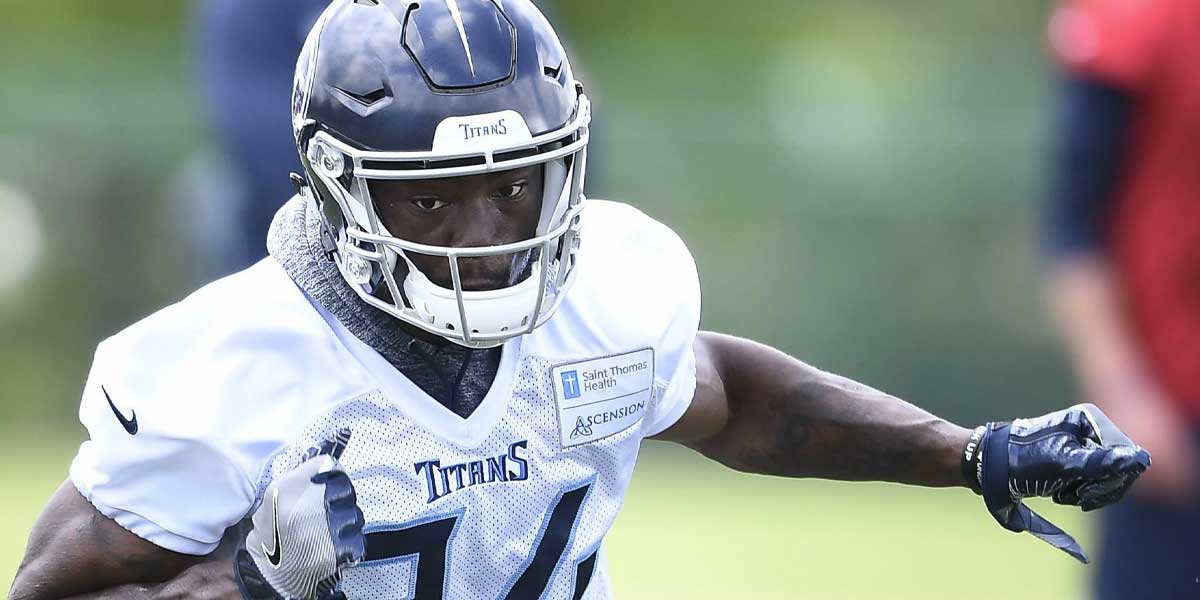 NASHVILLE — As Week 6 of the NFL season is in the rear-view mirror, it is time for fantasy football owners and GMs to start looking at the waiver wire for players that can improve their teams.

Online betting sites allow their users to use the waiver wire to scout out different players at different positions. When looking at the players on waivers, it is best to see their ownership percentage and their recent games to see how they have performed and if they are worth picking up.

Starting with the wide receivers, Corey Davis can be re-added to rosters starting Week 7 as he was activated off of the injured reserve/COVID-19 list ahead of Week 6. Davis played well in the three games that he was active as he reeled in five or more targets in each game.

In the only game that he was active at the same time as the teams WR1, AJ Brown, they both got 8 targets. Davis could be a solid Flex option once he returns to the lineup.

Tim Patrick is another wide receiver who is worth keeping an eye out for on fantasy football sites. Patrick is has played great in his last three games as he has caught a touchdown in two of them and has gone for over 100 yards in two of them as well.

Also, all three of his games have seen over 12 fantasy points, including one 20-point outing.

The reason for Patrick’s newfound success is that the Broncos are dealing with a boatload of injuries which leaves Patrick as the next man up. Injuries to Courtland Sutton at the season’s start, KJ Hamler with a hamstring injury and Noah Fant with an ankle injury leaves Tim Patrick as one of the top receivers on the team next to Jerry Jeudy.

One running back that is worth picking up for safety measures is JaMycal Hasty of the San Francisco 49ers. Unfortunately for the Niners, the injury bug has not gone away for them as Raheem Mostert is headed back to the sideline after just two weeks since returning to action, but this time he is headed for IR.

Hasty may have taken over as the primary back as he out-touched Jerrick McKinnon 9-6.

Another running back to look at is Joshua Kelley from the Los Angeles Chargers. Austin Ekeler remains out but the Chargers schedule coming up is very favorable as well.

Of the Chargers last 10 remaining games on their schedule, six of them come against teams who rank in the bottom 10 against opposing running backs.

With their remaining schedule and Ekeler out, Kelley could be in line for a breakout.

The lone tight end to look at for the Week 7 waiver wire is Trey Burton of the Indianapolis Colts. Burton has played just three games this season and in all three games, he has pulled in five or more targets.

Mo Alie-Cox, the team's TE1, has been dealing with a knee injury that has kept him sidelined for two weeks. Burton has taken advantage of this and even had his breakout game in Week 6 where he went for 58 receiving yards, 1 receiving touchdown and a rushing touchdown.

If Burton can continue to show growth, he could potentially remain as the TE1.