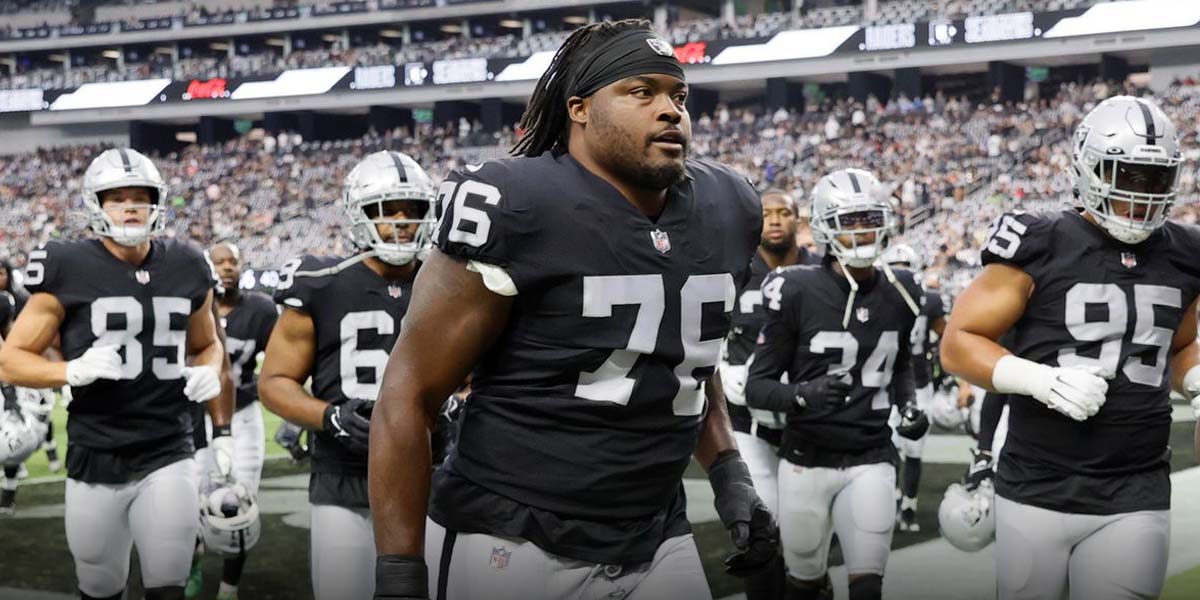 LAS VEGAS – Week 2 of NFL play is in the books with another Sunday of big payouts and notable bets.

The Las Vegas Raiders and Tennessee Titans were among the teams that entered the week as underdogs but pulled off big upsets that provided great payouts to sports bettors who wagered on them. The Kansas City Chiefs and Baltimore Ravens had a high total set by USA online sportsbooks entering their Sunday Night Football matchup but covered the OVER by a comfortable margin.

The Tennessee Titans had to travel to the West Coast to face the Seattle Seahawks after a tough loss at home to the Arizona Cardinals. Despite trailing 30-16 in the final quarter of the game, the Titans rallied back to force overtime and win the game with a final score of 33-30.

The Panthers dominated the game with a 26-7 victory and have started to garner the league’s attention with 2 early wins, led by an offseason acquisition of quarterback Sam Darnold.

Chiefs – Ravens (O/U 54.5) – Final Total Points: 71
The Kansas City Chiefs and Baltimore Ravens kicked off Sunday Night Football with a high total set at 54.5 points. With the two potent offenses constantly driving down the field, the OVER covered with ease in a 36-35 shootout where the two teams scored 21 points in the first and third quarter each.

Vikings – Cardinals (O/U 50.5) – Final Total Points: 67
The Minnesota Vikings faced the Arizona Cardinals in the desert in one of the wildest games of the season right out of the gate. The two offenses were finding open receivers downfield at will and gashing the opposing defenses for big plays, resulting in a 34-33 last-second thriller win for the Cardinals.

Patriots – Jets (O/U 42.5) – Final Total Points: 31
The New England Patriots and New York Jets had the lowest total entering Sunday’s Week 2 game. However, the two defenses stepped up in the game with the Patriots’ defense notably forcing four turnovers and limiting the Jets offense to only 6 points.

Cowboys – Chargers (O/U 54.5) – Final Total Points 37
The Dallas Cowboys and Los Angeles Chargers entered Week 2 with one of the highest totals and the expectations for a high-scoring game. The game itself was anything but, as the Cowboys edged out the Chargers 20-17 in a matchup that featured turnovers and errors throughout its duration, in addition to both defenses stepping up.

This game was a bad beat in two-fold for Sunday NFL sports betting gamblers that took the UNDER (54.5) and bet on the Seattle Seahawks (-6) to cover the spread.

The Seahawks had a 24-9 lead at halftime and a 30-16 lead with 13:16 left in the game, leaving those that bet on Seattle confident that their bets would cover.

The total entering the final quarter was 40 points, requiring the two teams to score 15 points in the final 15 minutes. The Tennessee Titans drove down the field twice to tie the game and force the game into overtime as both bets lost in the final minute.

Once it was in overtime, the OVER had already covered with 60 total points on the board and no possibility for the Seahawks to cover the spread with no extra point following a touchdown. But it wouldn’t matter anyway, as the Titans kicked the game-winning field goal for a 33-30 final score victory.