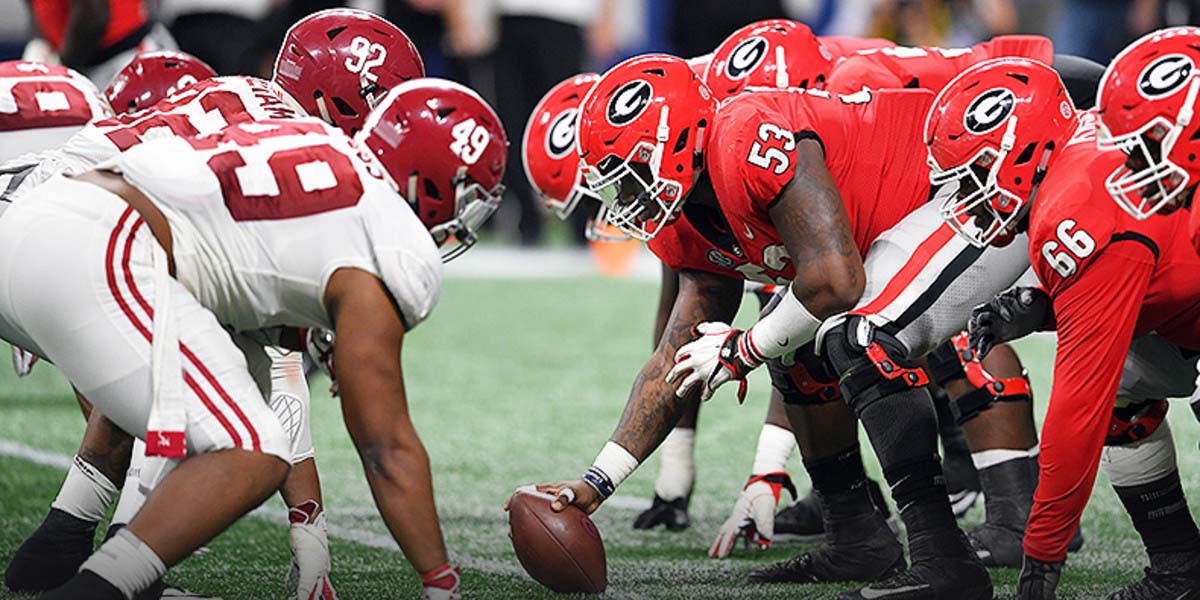 INDIANAPOLIS – There is just one game left in the college football season which means it’s the last chance to bet on it as well. Those looking to do so can find a few odds that stick out from the bunch.

Considering the Alabama Crimson Tide and Georgia Bulldogs played each other just a few weeks ago and Alabama won, it would make sense to bet on them to do so again. Online sportsbooks threw a curveball when making Georgia the favorite, but it’s never smart to overthink things.

All season long there was talk about how good Georgia’s defense was, and rightfully so as it was historically elite, but Alabama imposed their will and dominated in the first meeting. The team that allowed fewer than 10 points per game gave up an astounding 41 to the Crimson Tide. It’s unlikely that the 40+ gets replicated the second time around but 31 or 34 points seems entirely possible.

Bryce Young Passing Touchdowns: OVER 2.5 (EVEN)

If Alabama is going to score points, it’ll likely be due to Bryce Young’s play as the quarterback. Young, the Heisman winner, is in line to give bettors a nice return on his passing touchdown prop listed on college football betting sites.

Young threw for three or more touchdowns in 10 of his 14 games this season including against the Bulldogs the first time around. Plus, he’s done so in four of his last five games. There’s little reason to believe that anything is going to be different in this game as he’s arguably the best player in college football.

George Pickens is potentially the most talented wide receiver on Georgia, but he’s struggled with injuries this season which has resulted in not putting up the best numbers on the field when he’s able to get out there. Betting on his UNDER could prove beneficial.

Pickens has played in three games this season and has totaled four catches for 55 yards. To be fair, he did have 41 yards against the Crimson Tide but largely due to having a 37-yard catch. The outlier aside, Pickens has three catches for 18 yards this season. The UNDER looks like free money in this spot.