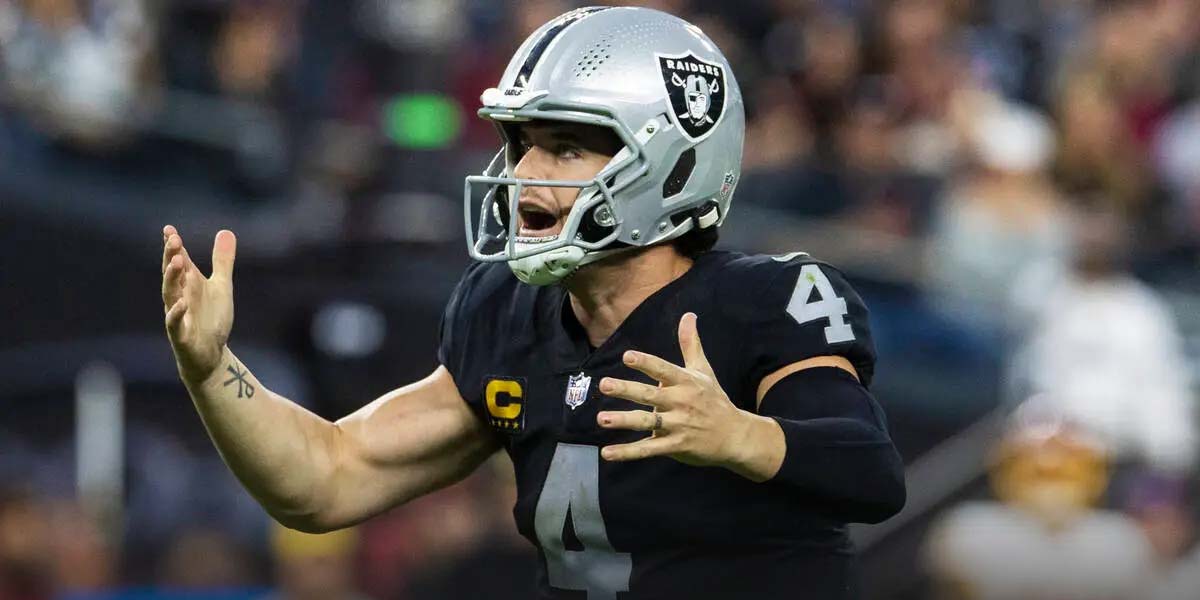 LAS VEGAS - Derek Carr and the Las Vegas Raiders have had a truly unique season - they’ve lost all sorts of offensive and defensive weapons to all sorts of circumstances, but they’re in a win-and-in position to make it to the NFL playoffs.

Carr himself has been something of a statistical outlier among QBs this season - he’s fifth in the league in passing yards, but tied for 12th in touchdowns.

Car has 4618 yards and 21 touchdowns, meaning he passes for 219 yards per touchdown.

No other quarterback with more than 3800 passing yards on the season has less than 30 touchdowns, let alone Carr’s 21.

This makes wagering on his touchdown and passing yard O/U’s a tricky prospect.

Carr has been a passing yards machine this season, averaging 288.6 pass yards per game, a career high mark.

However, the online sportsbooks are very aware of his ability to create passing yardage out of thin air, and have given him a very high O/U.

He has not broken this mark since Week 12 against the Dallas Cowboys, and when he faced the Chargers back in Week 4, he was held under 200 yards for the only time this season.

The Chargers are ranked 13th in the NFL against the pass, giving up 224 pass yards per game - Carr will be hard pressed to hit this O/U.

Carr has been anything but a touchdown machine this year - he has no games with more than two touchdowns.

In addition, NFL betting fans should know that Carr’s season stats were buoyed by a very hot start to the season. He has not passed for two touchdowns since Week 10.

Unders could be in the cards for Carr and the Raiders on Sunday Night.