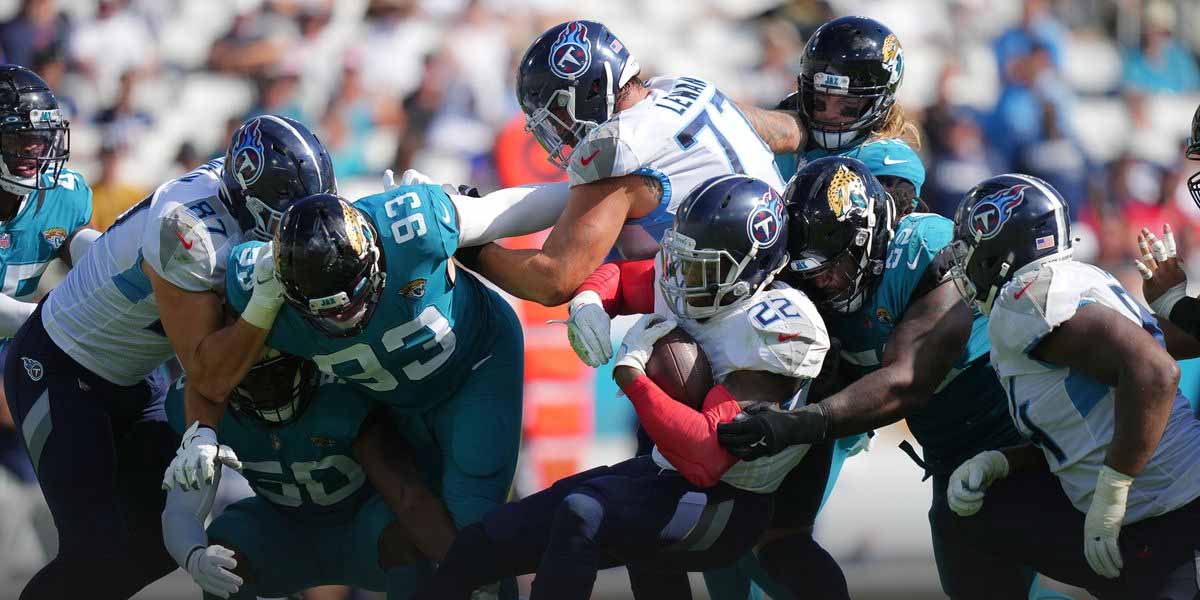 NASHVILLE, Tenn. – Underdogs of 7-to-10 points are 22-17 on the season and there are four opportunities for them to build on their season advantage.

The Jacksonville Jaguars seemingly don’t have much going for them in this matchup. They’ve yet to win a game on the road, they’re winless in the division and have not covered the spread in any of their last three games.

Online sportsbooks have responded by making the Jags big underdogs.

Mike Vrabel, the Tennessee Titans head coach, is a perfect 3-0 ATS coming off of a BYE week in his coaching career and is now set up against one of the league’s worst teams as he attempts to keep that streak going.

Julio Jones is expected to play which should give their offense some added productivity that it’s been lacking.

The Las Vegas Raiders fall into the 7-to-10 point underdog category in their Week 14 meeting against the Kansas City Chiefs. The Raiders have only covered the spread once in their last five games which could be a part of the reason why the number seems a bit inflated.

Neither the Houston Texans nor the Seattle Seahawks have been particularly impressive this season. Considering Seattle’s lackluster play as of late, many betting on the NFL will likely back the Texans due to the current number.

The Detroit Lions earned their first victory of the season last week, but now the odds suggest they’ll quickly go back to their losing ways in Week 14 in their game against the Denver Broncos.

Although Detroit still has the worst record in the NFL, they’ve been more competitive than most people acknowledge. Six of their 11 losses/ties have come by eight points or fewer, meaning they’ve covered this set total seven times overall in 11 games.

The Lions have been a sneaky good bet this season with an 8-4 record ATS that ranks fifth-best in the league.