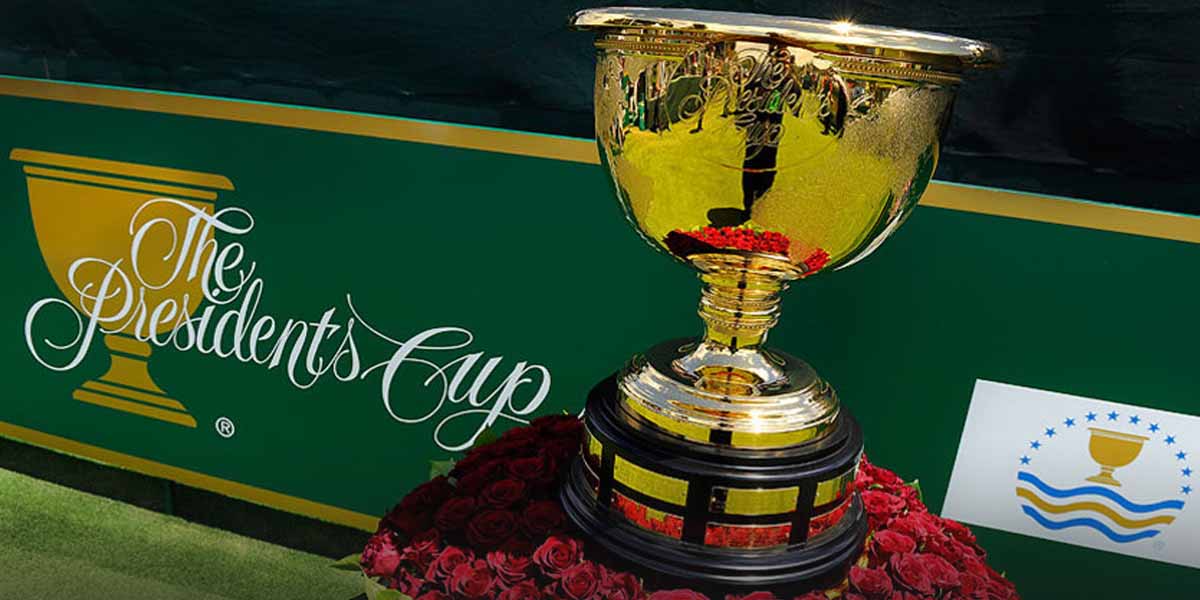 CHARLOTTE, N.C. – Online sportsbooks expect the United States to dominate the International Team at this year’s President’s Cup, with oddsmakers making the Davis Love II captained USA squad nearly eight-to-one favorites to improve to 12-1-1 in the competition for the Presidents Cup Trophy.

Odds to win the President’s Cup

The President’s Cup, which will be held at Quail Hollow Golf Course in North Carolina, features an interesting format of four different styles of play. Regardless of the style of play, the winner of each match receives a point, with a tie worth half a point, and the loser gets no point. The four-day format is:

Betting on golfers that will play

Understanding the details surrounding the President’s Cup is key for the event. One of the most minute details that is lightly mentioned on pgatour.com is that each golfer is now only required to play once before Sunday.

It used to be that every player had to tee off at least twice before Sunday.

That is of particular note for those wagering at golf sportsbooks because while the United States Team has a clear advantage in top talent in this tournament, what really stands out is the International Team’s lack of competitive depth.

Separating each team into its top six players based on World Golf Points indicates the stark drop-off in talent on the International Team when comparing both their average world golf ranking (awgr) and average points.