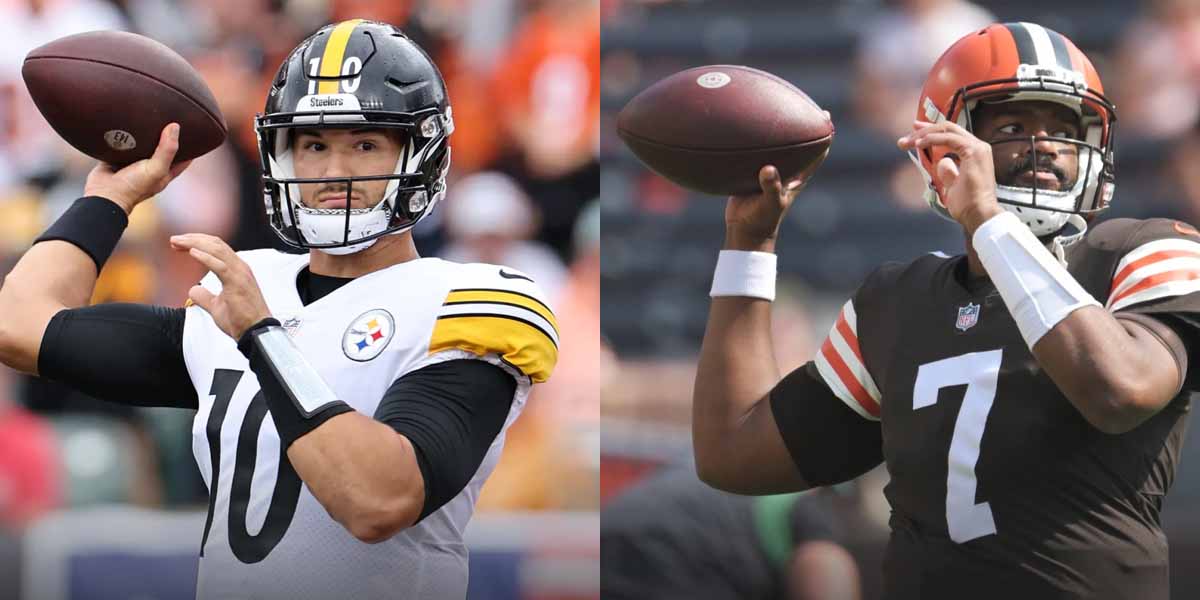 CLEVELAND – Jacoby Brissett and Mitch Trubisky are going to be the primetime headliners on Thursday Night Football as the Cleveland Browns host the Pittsburgh Steelers.

Brissett and Trubisky are not world-beaters. The two of them are tipped to combine for about 400 passing yards total by the online sportsbooks.

In two games so far this season, Brissett has thrown for 147 yards and 229 yards. He’s played three games against the Steelers in his career, but only one as a starter.

In that game, Brissett passed for 222 yards as a member of the Indianapolis Colts.

Trubisky has not passed for more than 200 yards this season, passing for 194 and 168 yards against the Bengals and Patriots respectively.

In his four seasons as a starting QB, he averaged more than 203.5 yards per game in three of them.

The odds suggest that he’s likely to go under on this prop, despite having thrown reasonable numbers of passes in his previous games.

Trubisky is expected to throw a bit more than Brissett, with an O/U four passes higher, and shading going towards the Over.

He’s attempted 38 and 33 passes so far as the Steelers’ starting QB, with about 5.0 yards per attempt on average.

This suggests a passing profile that involves a lot of short passes to players like Najee Harris and Diontae Johnson who are comfortable operating in space.

The Pittsburgh Steelers visit the Cleveland Browns on Thursday. The game kicks off at 8:15 p.m. ET.