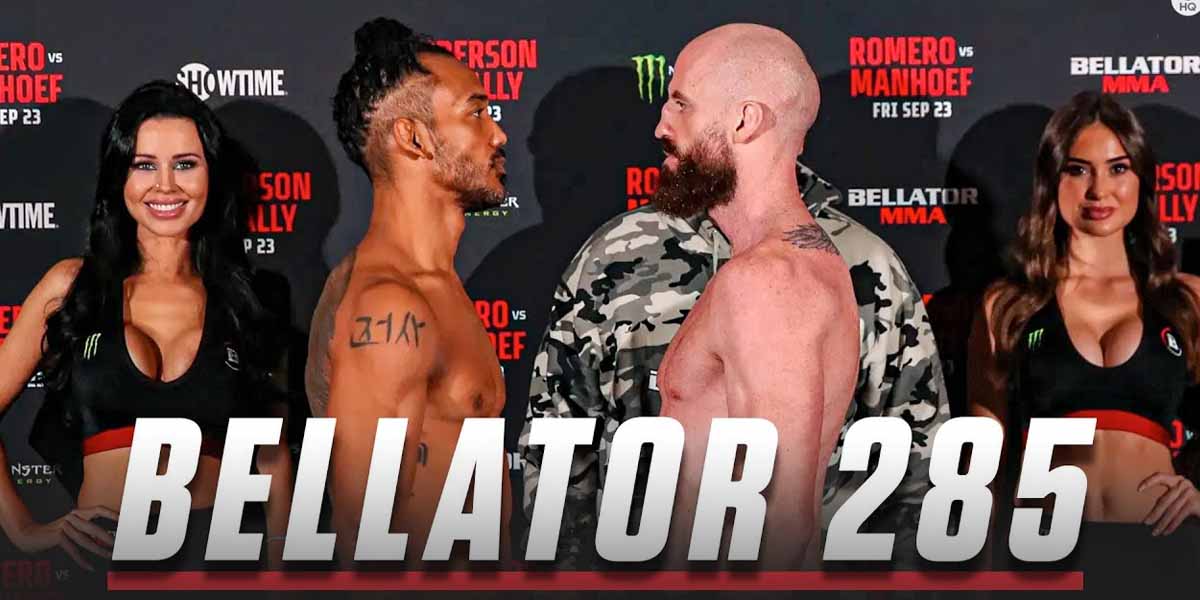 DUBLIN - Benson Henderson and Peter Queally will be the main event of Bellator 285, with Yoel Romero and Melvin Manhoef taking co-main honors.

While Romero is a prohibitive -800 favorite, the main event is a much more evenly-matched affair on the online sportsbooks.

Henderson, a former champion in the UFC, has a 6-6 record in Bellator, and seems to view himself as in the backend of his career.

This has lent the 38-year-old an understanding of how important his remaining fights are to him.

“They're all life or death,” Henderson said. “We only get so many chances at this, so you should treat it as such – that they're all very, very big deals."

Henderson’s last fight was his first win in four, as he took home a split decision victory over Islam Mamedov.

Queally is coming off of a two-fight matchup against Patricky Pitbull, which saw him win the first via doctor stoppage and lose the second via TKO.

He hasn’t fought since. Some MMA betting fans may think he has a home-field advantage, being an Irish fighter fighting on a Dublin-based card, but actually, three of his last four fights, including the loss to Pitbull, have been in Ireland.

The battle of the veterans is looking likely to go in favor of the slightly-younger Romero, who is 45 to Manhoef’s 46.

Manhoef has knocked out his foe in 29 of his 32 wins as a professional fighter. It could be a smart play to bet on Manhoef via finish rather than his straight up moneyline.

On the other hand, Romero only has one loss by KO or TKO on his record, and it happened more than a decade ago, in 2011.

Since then, every other loss he’s had has been by decision. His iron chin could throw a wrench into this wager.