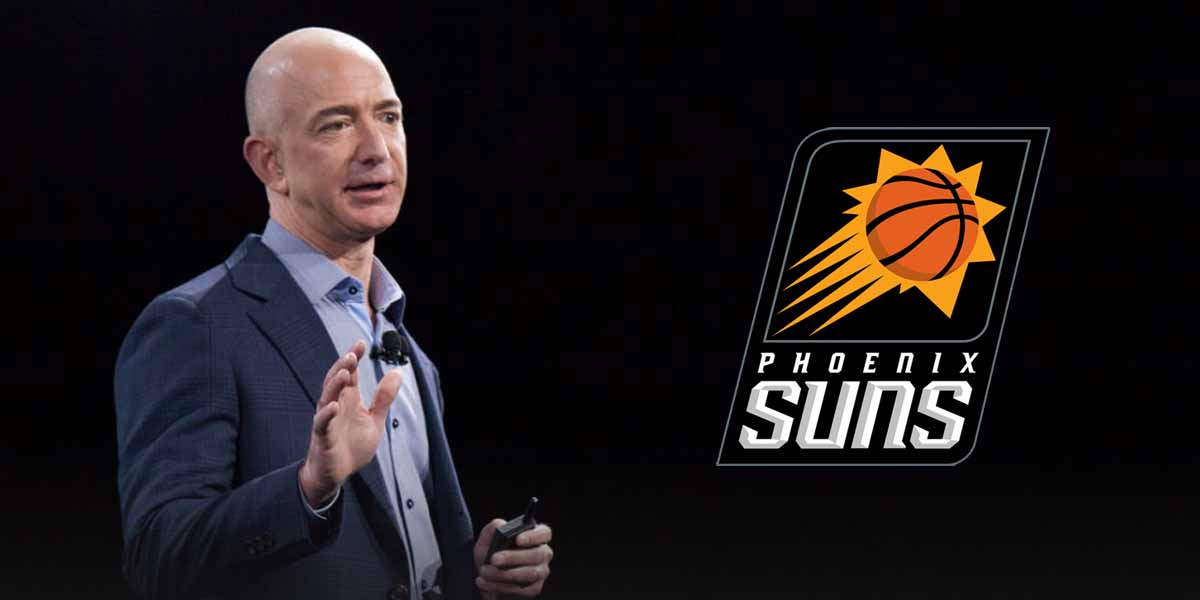 PHOENIX – After a ten-month investigation that led to Robert Sarver selling the Phoenix Suns, Jeff Bezos is the favorite to become the next owner of the franchise at +200 odds. There are odds for many potential candidates, but the Amazon billionaire has been deemed the most like to make the purchase.

Odds for Next Suns Owner

With a 2022 net worth of $159 billion, Bezos certainly has the funds to purchase the Suns, and he is already associated with the market of professional sports. Even though he technically stepped down as CEO of Amazon, Bezos still owns the company and has teamed up with the NFL for the 2022 season.

Amazon Prime now has exclusive (outside of local) broadcasting right for Thursday Night Football and powers NFL Next Gen tats through AWS.

These partnerships show his involvement and connections to professional sports franchises, and suggest he could be the next owner of an NBA team that is suddenly up for grabs after Sarver’s history of racism and misogyny within the Suns organization,

Forbes has estimated that the team is worth $1.8 billion but it could still sell for more. The Brooklyn Nets were the last NBA basketball team to be sold at ended up going for $3.3 billion.

Along with who will make the billion-dollar purchase online betting sites have odd for the over under of the total price.

Sales Price of the Suns

After the Nets were sold at a record high amount, the Houston Rockets hold the second highest betting price at $2.2 billion.

Bezos has reportedly been interested in purchasing the franchise after the news broke of Sarver selling the Suns and his background in professional sports gives value to his +200 odds to pull the trigger.