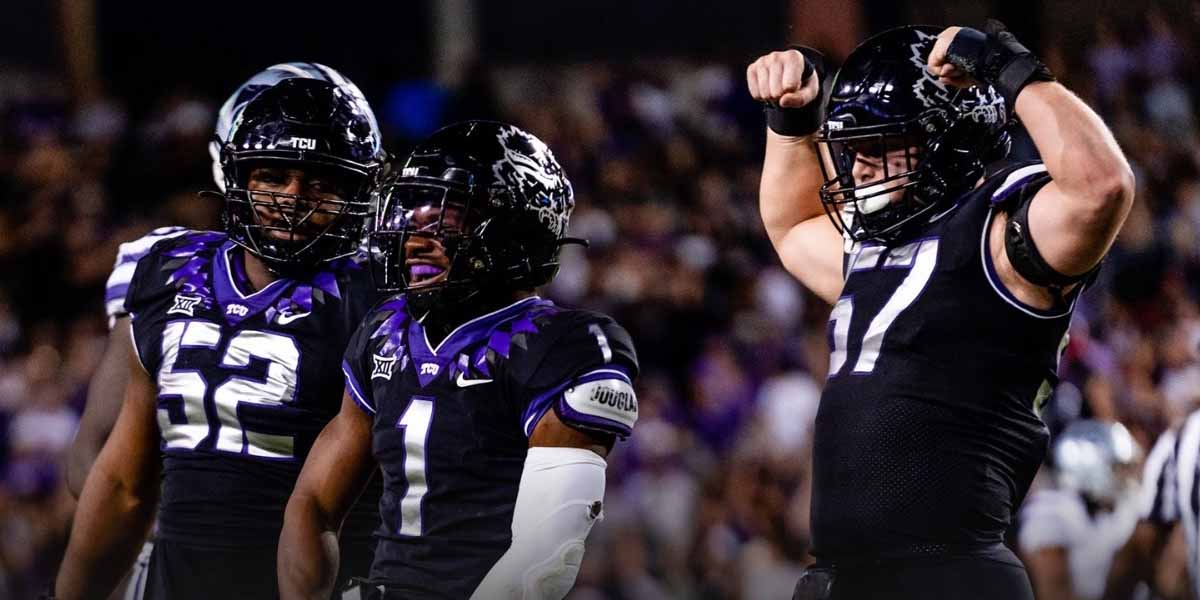 FORTH WORTH, Texas – TCU currently has the fifth shortest odds at +2000 to win the 2022-23 National Championship and will be trying to keep their regular season undefeated hopes alive against Baylor during week 12.

Despite being the fourth-ranked team in the CFP, the Horned Frogs college football odds only make them slight favorites over the unranked Balor Bears in McLane Stadium Saturday afternoon.

Since the 2015 season, Baylor has gone 6-1 SU against the Bears, with their only loss coming from home as two-point favorites. During those seven games, however, TCU has covered the spread five times. Through their 10-game undefeated season, the Horned Frogs have recorded a 2022 spread record of 8-1-1.

TCU has gone undefeated ATS when playing on the road in 2022 and could extend their streak at Baylor. The Bears are coming off of a 28-point loss to the Kansas State Wildcats at home, who TCU beat in week eight by ten points.

While Max Duggan did not have his most productive game against Texas in week 11, going 19 of 29 for 124 yards and a TD, TCU has become a massive threat on the ground. Kendre Miller led TCU rushing last week with 21 carries, 138 yards, and a TD of his own, and is expected to keep it up in week 12.

Already ranked number four by the College Football Playoff Committee, the Horned Frogs have one of the smoothest roads to the playoffs in 2022. TCU has already clinched their spot in the Big 12 Championship and only have Baylor and Iowa State in the way of an undefeated season.

Their +2000 odds to win it all are almost three times longer than Ohio State’s +700 odds, who the CFP ranked number three. The future odds for TCU point to the Horned Frogs making the playoff but not escaping the semifinals alive.

Will TCU remain undefeated on the season?