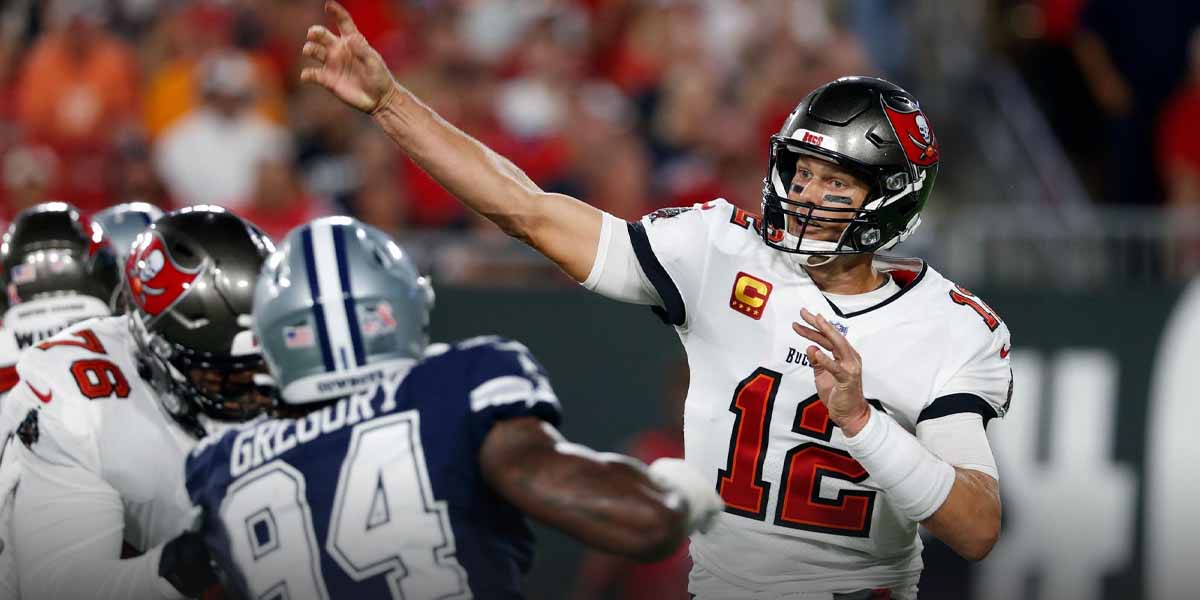 ESPN’s Football Power Index gives the Buccaneers a 61.9% chance of winning the game.

The Bucs are road favorites over the Cowboys, and have covered the spread in only three of their last ten games as road favorites.

Dallas, meanwhile, has covered the spread in their last seven consecutive games as home underdogs.

The point total of 50 in this game is one of the highest that the NFL will see all week, with only three other games in Week 1 having higher point totals.

Who Will Score the Most Fantasy Points in the Season Odds

Both quarterbacks involved in this game are expected to be major fantasy football producers, and both of them are in contention – but not in the top tier of candidates – to lead the league in non-PPR fantasy points.

This game illustrates how thin the margins are between good teams at the top of the NFL.

The Tampa Bay Buccaneers are the second-favorite to win the Super Bowl, with +750 odds, and have the shortest Super Bowl odds in the entire NFC.

The Dallas Cowboys are much further down on that list – eight spots below the Bucs – but because of the unpredictability of football and home-field advantage, only 1.5 point underdogs on the spread.

If the Cowboys win this game, it could change a lot of perceptions about both of these teams, and it would surely reverberate through NFL futures sports betting odds markets.