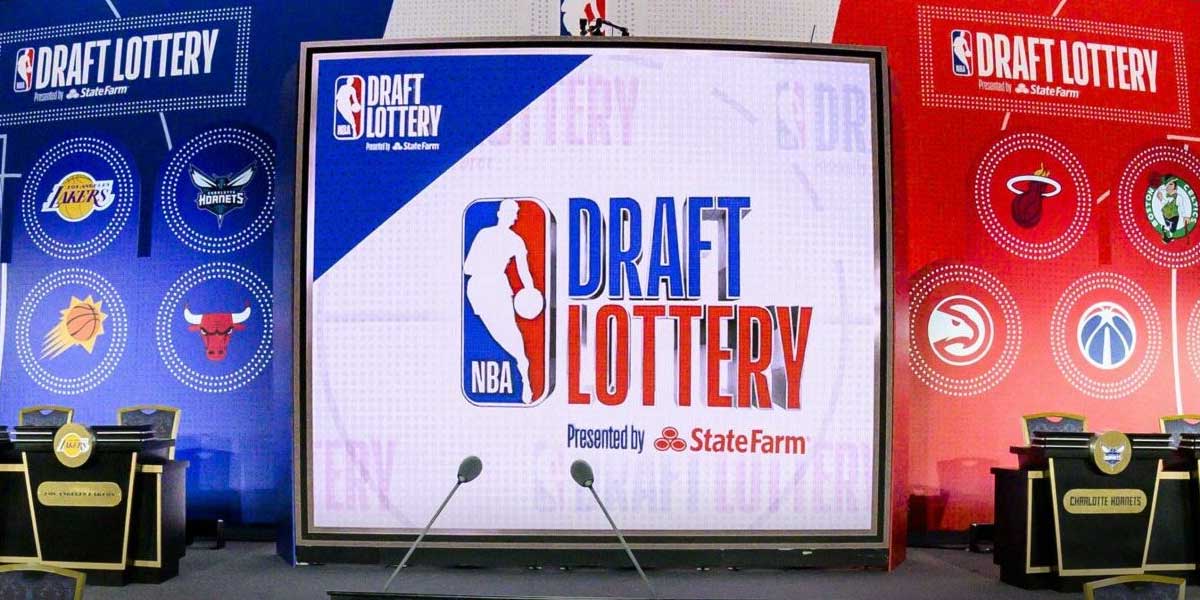 Currently, online sportsbooks have odds on which team will win the draft lottery and land the number one pick as well as who will be selected number overall.

Starting with the odds on the NBA Draft Lottery, the Houston Rockets, Detroit Pistons, and Orlando Magic all have the shortest odds to land the number one pick being that they finished the season with the three worst records in the league.

The rules for the NBA Draft Lottery have recently changed from the team with the worst record getting a 25% chance to get the top pick to the three worst teams in the league each getting a 14% chance of landing the top pick.

With that, it raises the odds of teams outside the three worst teams landing with the number one pick. This should be an indication for bettors not to put all their eggs in the teams with the shortest odds as bettors have seen different turnouts before in recent years.

Something else to look at are which teams will be in the lottery. Teams like the Golden State Warriors and Orlando Magic have multiple picks in the lottery which could play a role in the outcome as well no matter what percentage they have of gaining the top pick.

One statistic to look at as well when betting on these teams is that dating back to the 1993 NBA Draft, seven teams with a less than 6% chance of getting the first pick have won the lottery. Also, since the start of the draft lottery process in 1985, of the 36 draft lotteries, only eight teams that had the highest percentage of gaining the top pick have actually done so, proving that money can be made from just about any team on the odds board.

Betting On The Number One Pick

It should be no surprise as to why Cunningham is such a heavy favorite at online sportsbooks.

He originally opened up at -500 and as the draft has gotten closer and closer, his odds have gotten more and more expensive. Cunningham was the heart and soul of the Oklahoma State Cowboys having led the team in scoring with 20.1 ppg and was second with rebounds at 6.2 per game and assists as well with 3.5 per game.

He also won the honors of the USBWA Freshman of the Year. With that, this should be some easy money made on this former college basketball player.

Other honorable mentions who have the slightest of chances to get selected with the first overall pick include Jalen Suggs who helped lead Gonzaga to the National Championship game, Evan Mobley who was sixth in the country in blocks with 3 per game, or either Jonathan Kuminga or Jalen Green who opted to play in the NBA G-League and gain professional experience.

But, time will give a better answer when the NBA Draft Lottery begins on Tuesday at 8:30 p.m. ET.