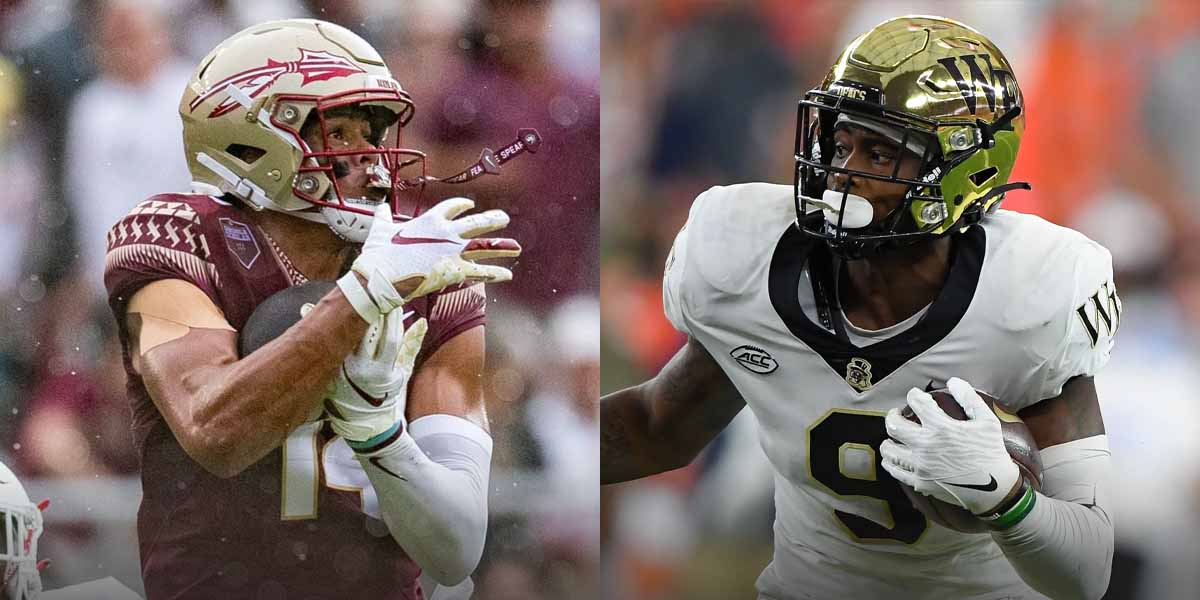 TALLAHASSEE, Fla. – Online sports betting sites are expecting Saturday’s matchup between the Florida State Seminoles and Wake Forest Demon Deacons to be a shootout based on the point total, meaning bets on the speed of the first score and some of the touchdown scorers represent the best prop bets available in this matchup between ranked teams.

Betting on the Time Elapsed for the First Score

Based on the 64.5-point total at college football sportsbooks, points should be put up early and often in this matchup between elite veteran quarterbacks.

Betting on the ensuing shootout to start within five minutes of the game at Bovada provides players with near even odds, despite recent history suggesting it is very likely to happen.

Florida State has yet to have a game start this season without points getting scored in the first five minutes of their game. Not only is their season-long history for FSU, but they are coming off a game against Boston College that saw them score twice in the game’s first two minutes and eight seconds.

Wake’s games have only had one score in the first five minutes this season, but with Florida State as the home team and likely in control of the tempo, betting on the first score occurring in the five minutes within five minutes is a strong option.

Florida State and Wake Forest scored 44 and 45 points respectively last week. That, along with the game’s 64.5-point total, leads to the idea that there will be a lot of touchdowns scored.

When pinpointing who the touchdown scorers will be, looking at recent competitive games for both teams suggest both Sam Hartman and Jordan Travis look for their large targets in the red zone.

Johnny Wilson trend: The Arizona State transfer only had two catches last week, but that is only enhancing his value as an any-time touchdown scorer. Florida State held a 14-0 within minutes of the game, and a blowout ensued. Betting on a game closer to the Louisville game script implies that Wilson will be targeted early and often. Wilson had seven catches for 149 yards and two touchdowns in that game. Also working in Johnny Wilson’s favor is the fact that in Wake Forest’s game against Clemson, the Demon Deacons allowed five passing touchdowns. All five touchdowns were caught by Clemson players 6-foot-1 or taller, with three touchdowns caught by players 6-foot-6 or taller. Johnny Wilson is 6-foot-7 and may prove a matchup problem in the red zone for a Wake Forest defense that has struggled against taller pass catchers.

A.T. Perry trend: Another tall wide receiver, Perry is 6-foot-5, A.T. Perry is a dominant wide receiver who had 15 touchdown catches for Wake Forest last season. Getting -110 odds from online sportsbooks on Perry who has scored a touchdown in 13 of his last 18 is a great bet in such a high-scoring game. A.T. Perry had seven catches, 155 yards, and one touchdown against Florida State last season.

Getting -110 odds on both Johnny Wilson and A.T. Perry to score a touchdown in what should be a shootout is one of the best bets of the weekend at online sportsbooks.