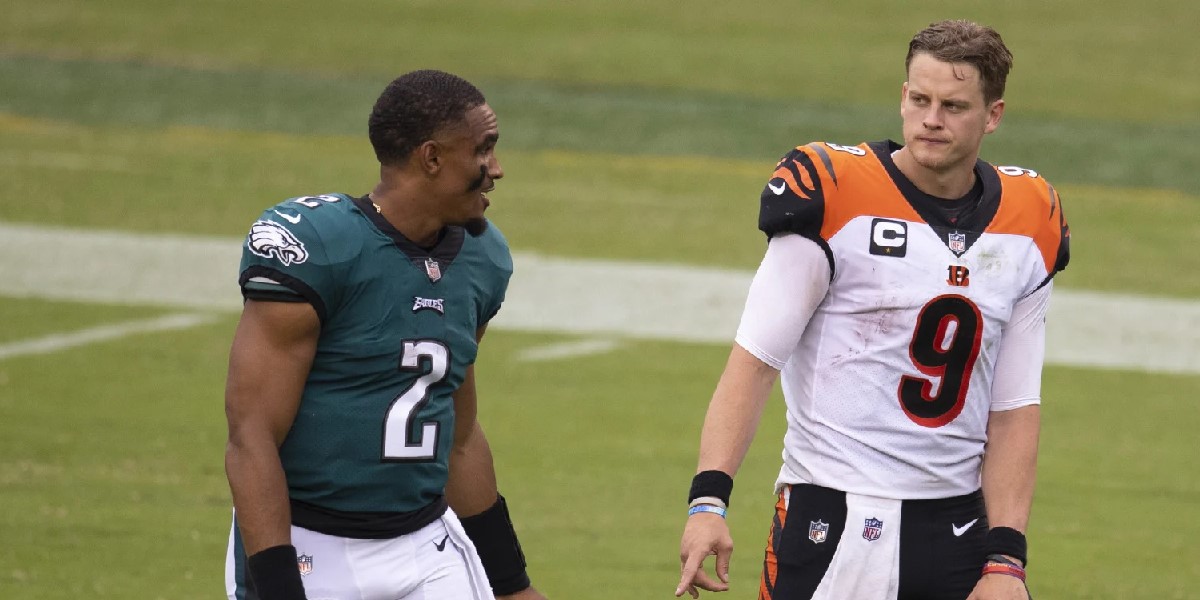 KANSAS CITY, Mo. – The Conference Championships are here which means that weekly specials for those games are also here. Bovada Sportsbook provides NFL Weekly Specials that allow for betting on the top rusher, receiver, and passer for the weekend; as well as team bets such as the highest and lowest scoring teams of the weekend.

After a dominating performance against the Buffalo Bills in the Divisional round, the Cincinnati Bengals have earned their spot as the favorite for highest scoring team. The Bengals were able to run all over the Bills despite three key injuries to their offensive line.

If Cincinnati can continue to be effective running the ball in addition to their explosive passing attack, +210 odds present excellent value.

The Eagles have the next best odds at +230 despite facing the lowest scoring defense in the league. NFL online sportsbooks were impressed by the Eagles 38-7 beat down of the New York Giants in the Divisional round.

It’s going to be difficult for any defense to slow down the dynamic Philadelphia offense that can beat teams on the ground or through the air.

For those wondering how the Chiefs odds are the third longest, Patrick Mahomes was diagnosed with a right high-ankle sprain. He will most likely play knowing his mentality as the leader on this team, but this injury will significantly affect his abilities to do Patrick Mahomes-like highlight reel plays.

Not to mention that the Bengals have a great pass rush that will force Mahomes to use his mobility and improvisation skills to have success. The Eagles and Bengals provide a safer bet with slightly shorter odds.

The 49ers present the longest odds at +400 to be the highest scoring team in the Conference Championships. The Niners were limited to one touchdown against the Dallas Cowboys defense that is similar to the Philadelphia Eagles defense.

Brock Purdy will have to find success against a Philly defense that allows the least passing yards per game to quarterbacks this season. The +400 odds are enticing, but the Eagles defense is legit and would be risky to bet against.

Joe Burrow threw for 446 yards in the AFC Championship game win against the Chiefs last year. He had 286 yards against them this season in Week 13. He is a heavy favorite at +130 due to the Bengals prolific passing attack.

Even if Mahomes is injured, he has great odds at +280 because he is Patrick Mahomes. Even after suffering the injury, Mahomes returned to the game and went 10/15 with 111 yards and a touchdown. Encouraging news for Mahomes bettors; Andy Reid claims that this injury isn’t as bad as other ankle injuries Mahomes has suffered in the past.

A.J. Brown at +300 odds should be the pick to record the most receiving yards this weekend. Online sportsbooks give him the second shortest odds behind Ja’Marr Chase. Although limited to 27 yards against the Giants, Brown gets a favorable matchup with the average Niners pass defense.

The 49ers gave up the most receiving yards last weekend to CeeDee Lamb with 117 yards. Going back another week to the NFC Divisional round- which featured the San Francisco 49ers and the Seattle Seahawks- D.K. Metcalf had a career game against this defense.

Metcalf and Brown are similar receivers that are big and physical deep threats. Metcalf carved the Niners defense for 10 catches, 136 yards, and two touchdowns. Expect Brown to play a big role in the NFC Championship game.

A.J. Brown to have the Most Receiving Yards +300

Zach is currently a student enrolled at Florida State University. He is majoring in Writing, Editing, and Media with a minor in Communication. He has a passion for sports betting and specializes in DFS for NFL, NBA, and MLB. At the casino, you can find Zach playing Texas Hold’em Poker or roulette.