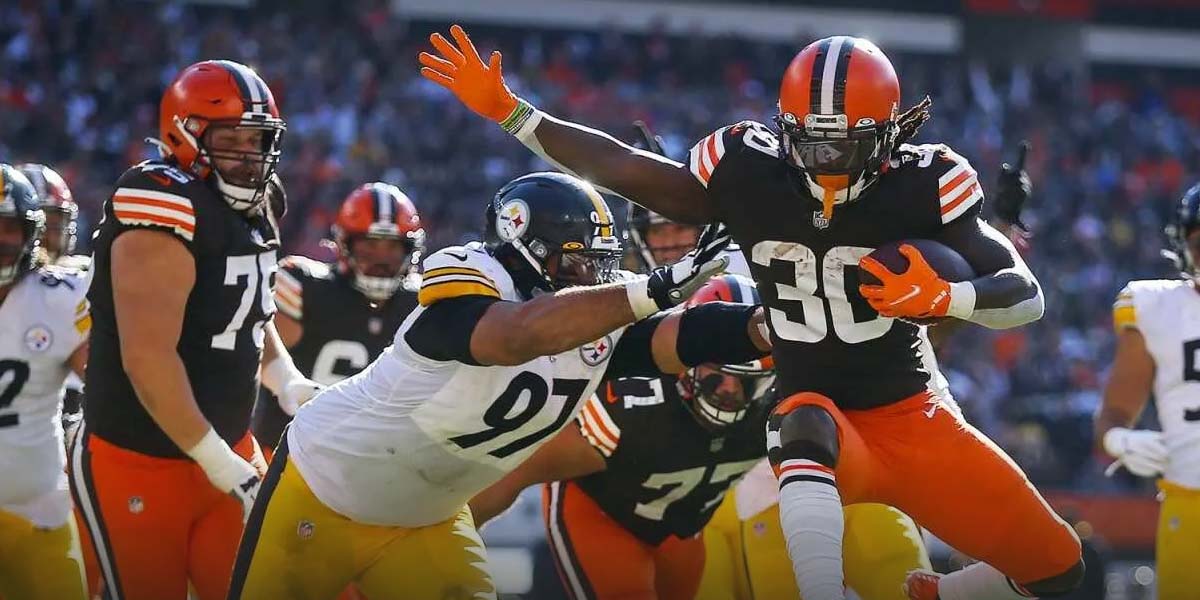 PITTSBURGH – With NFL divisional games, the Adelaide International 1, and the clash of two ranked college basketball teams, there are many exciting betting opportunities on Monday night.

The Pittsburgh Steelers host the Cleveland Browns in what is widely expected to be Ben Roethlisberger’s final home game of his storied career. Cleveland no longer has any playoff hopes remaining, but they look to spoil the Roethlisberger finale and eliminate the Steelers from playoff contention as well.

Cleveland will try and ride one of the top-ranked rushing attacks in the NFL to victory against the Steelers who have been one of the worst rushing defenses in the league over the last eight weeks.

Despite struggling to stop the run lately, Pittsburgh can look back on their Week 8 victory over the Browns as their template for success when they gave up only 96 yards on the ground.

The rushing yard over-under for Nick Chubb’s MNF props is 91.5, which may leave some value available for under bettors banking on past performance.

64th singles ranked Benjamin Bonzi takes on 94th ranked Mikael Ymer in the Round of 32 at the Adelaide International 1. The two have faced off once prior, that match was an indoor hard surface match that resulted in Mikael Ymer winning.

The tennis odds support Bonzi, but his 1-2 record versus lower-ranked opponents this season makes Ymer bettors feel very confident going into this rematch.

Number three ranked Purdue Boilermakers will take on the number 23 ranked Wisconsin Badgers in a game with major implications within the Big Ten. Both teams are currently clustered with four other Big Ten teams at 1-1 in conference play, which means a victory would be a great way to get rolling down the stretch.

Purdue has the top odds to win the conference at +135, while Wisconsin is tied for sixth-best odds at +1500.

Wisconsin struggled in their first game back against Illinois State, beating the Redbirds by only four points in a game that they were favored by 17.

Purdue is a 12.5 point favorite and is undefeated at home this season. Betting on one of the top three teams in all of college basketball to cover the spread may be a smart New Year’s resolution.