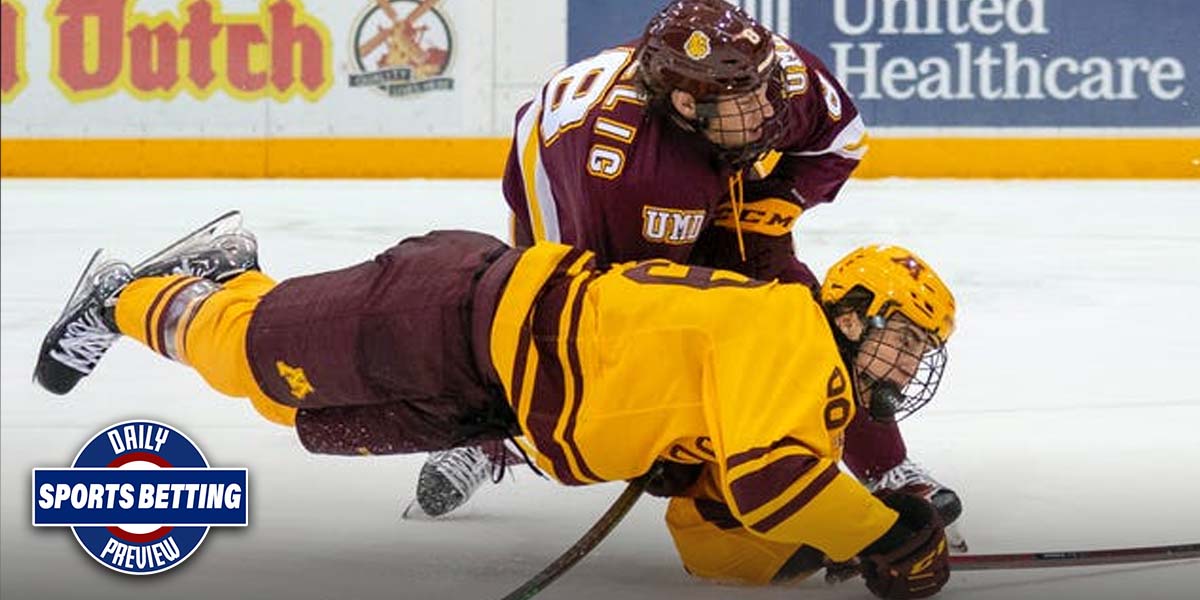 MANKATO, Minn. - Between college hockey, the Premier League and college basketball, bettors have many choices to choose from on Thursday.

The state of Minnesota is one of the epicenters of America in terms of hockey, both in college and professionally. Online sportsbooks have odds available for a top 10 matchup between two teams from the North Star state.

The Minnesota State Mavericks are the No. 1 team in the country while the Minnesota Duluth Bulldogs rank sixth nationally. Both of these teams made it to the Frozen Four last season but the Bulldogs have had more success overall over the last handful of years. This time around, the Mavericks will likely be the one to win.

The English Premier League has a seemingly lopsided matchup between Manchester United and Burnley. Despite the large discrepancy in talent and form, soccer betting sites have set the spread at a seemingly achievable number.

Burnley ranks 18th in the Premier League table due to their lackluster 14 total goals on the season which is second-worst in the league. However, Man U has scored just one or fewer goals in six of their last eight games and has only won by two goals once in their last 10 games.

Plus, Burnley has allowed the seventh-fewest goals in the league showing Manchester United may struggle in putting goals on the board.

Both teams have extremely similar numbers across the board. UCF scores 0.1 more points and allows 0.9 fewer points and the teams are separated by just 0.3 assists while both averaging 3.3 blocks per game.

The biggest differences are that Michigan shoots a better percentage while UCF is more active on the defensive end, picking up a few extra steals per game. However, it’s worth noting that Michigan has played much tougher competition, making their number more impressive than UCF’s.