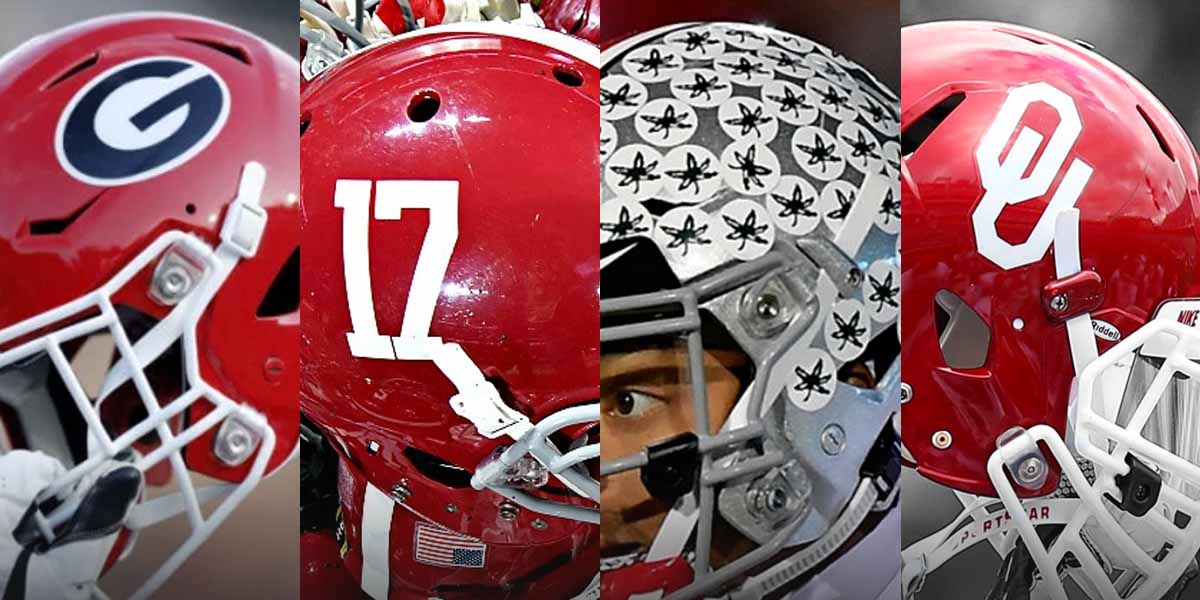 INDIANAPOLIS – With the first college football playoff rankings coming out in Week 10, there have already been some major shifts to look out for after the second rankings came out in Week 11.

Georgia, Alabama, Michigan State, and Oregon opened up as the first four teams in the playoff picture in Week 10 while in Week 11 Michigan State shifted out while Ohio State moved in.

Currently, online sportsbooks have three of the four playoff teams favored to make it in except for Oregon. The fourth team with favored odds is the Oklahoma Sooners.

Locks To Make It In

Although Georgia, Alabama, and Oregon were all ranked as playoff teams in the first two rankings, only Georgia and Alabama should be considered “locks” at this point. Without much explanation needed, Georgia is undefeated and the most deserving of a playoff spot so far.

Alabama does have one loss to an unranked Texas A&M, however, six of their eight wins have all been by three or more touchdowns which makes their case very strong.

As for Oregon, they also have an unranked loss to Stanford. Also, five of their eight wins were all decided by two touchdowns or less.

Their unranked loss also speaks more volume than Alabama’s being that Texas A&M is a top-15 ranked team now with a 7-2 record while Stanford is unranked at a 3-6 record.

Aside from Oregon, three other teams that should be on playoff watch are Ohio State, Cincinnati, and Oklahoma.

As the fourth-ranked playoff team, there is little room for mistakes for Ohio State. The Buckeyes have just one loss on their schedule which came to then ranked #12 Oregon.

With their last three games remaining this season coming against #19 Purdue, #7 Michigan State, and #6 Michigan, if they were to win out the season, their college football playoff odds could be one of the most profitable.

Some might think that Cincinnati has been overlooked as a playoff team and they are right. The Bearcats are just one of four ranked teams that are an undefeated 9-0 this season.

If the Bearcats can continue their streak and win out the season, their +280 odds would offer a great payout if the playoff committee gave them a chance.

Oklahoma is another undefeated team this season at 9-0. What makes their record and their case to make the playoffs even more impressive is the fact that they changed quarterbacks midway through the season.

The preseason Heisman Trophy favorite, Spencer Rattler was benched for freshmen Caleb Williams and they still managed to win their games. Oklahoma has three games left on schedule with two coming against top-15 teams in #13 Baylor and #10 Oklahoma State.