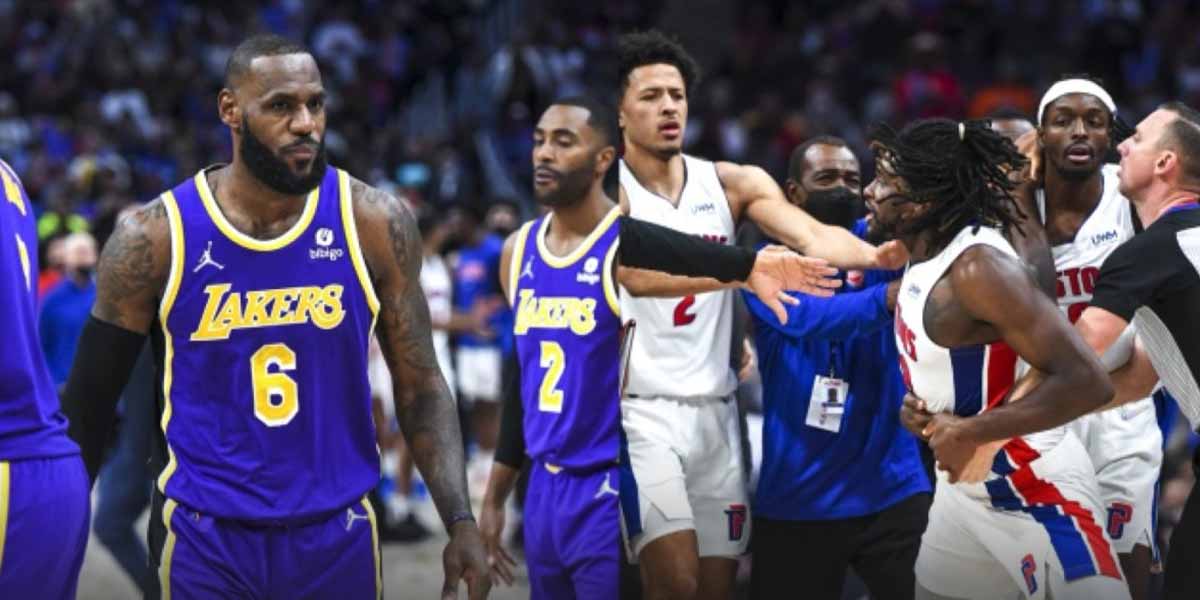 LOS ANGELES – In what has been the news of the weekend around the NBA, LeBron James, and Detroit Pistons second-year center, Isaiah Stewart, were involved in one of the biggest NBA fights in recent memory.

The Lakers and Pistons had to be separated multiple times after this play between LeBron and Isaiah Stewart. pic.twitter.com/im0o7fXeoI

The altercation came as the Pistons were attempting a free throw that ended in LeBron James accidentally elbowing Stewart in the face on a box out. Stewart did not take the elbow lightly and wreaked havoc on the court hoping to attack James while players and officials on both teams were trying to keep the peace between the two.

With the fight going viral on major television broadcasts and social medial, online betting sites got to work with betting lines for a fight between LeBron James and Isaiah Stewart with James listed as the favorite.

Why LeBron James Would Win

Many are quick to think that LeBron is starting to slow down with age, however, the main reason he can keep playing at such a high level is due to how well he takes care of his body.

It has been rumored that James spends around $1.5 million a year maintaining his body including the costs of trainers, therapists, nutritionists, and more. Knowing that, if LeBron were to ever fight Stewart in a regulated fight, he could certainly afford to get the proper training.

James also has a slight height advantage on Stewart as he stands at 6’9 while Stewart is 6’8. James is also much quicker than Stewart having been clocked at 4.4 seconds on a 40-yard dash.

While a 40-yard might not seem relevant at first, it could translate into James running circles around Stewart inside of the ring. Something else to take note of is that James’s ability to rebound the ball could be an indication of how well his reflexes are.

Why Isaiah Stewart Would Win

Stewart is worthy of some action due to his “fighting” efforts against the Lakers. Stewart proved that he is not going to back down from anyone no matter who is standing in front of him. Even when being held back by multiple teammates and team personnel, Stewart bulldozed his way past them knocking some down as he tried to make his way to LeBron.

Stewart has a massive reach advantage on LeBron with his 7’4 wingspan compared to LeBron’s 7’0 wingspan.

All in all, these entertainment odds are just as they sound, for pure entertainment but are certainly worth sprinkling on in the event that James and Stewart do decide to throw on the gloves.

The Los Angeles Lakers are scheduled to host the Detroit Pistons on Sunday.