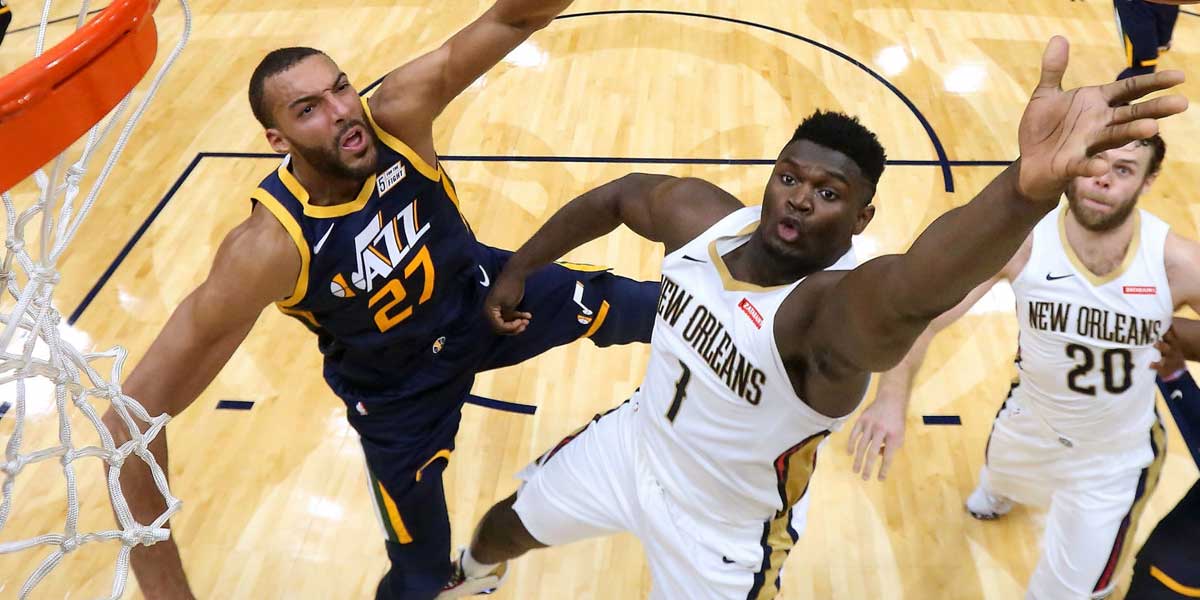 ORLANDO, Fla. – NBA bettors and fans around the world should be ecstatic as the NBA is officially back Thursday with the New Orleans Pelicans and the Utah Jazz kicking off the seeding games.

Online sportsbooks have the Pelicans currently favored to win with -140 odds while the Jazz are sitting at +120.

This should come as a little bit of a surprise as the Jazz are currently at the fourth seed in the Western Conference while the Pelicans are on the outside looking in as they are in the 10th seed and three and a half games out of the eighth spot.

Although the favorite, the Pelicans’ star rookie Zion Williamson is considered a game-time decision, as he has just returned to the team after being forced to quarantine for leaving the bubble for a family emergency. If Williamson does not play, the Jazz should be bet on with no questions.

The Jazz are fully healthy right now and ready to go. These seeding games are just as important for them as they are trying to avoid moving any further than the fourth spot and even have the potential to move up to the third. They have some of the best chemistry in the conference and are led by all-start Donovan Mitchell, defensive stud Rudy Gobert, and point guard Mike Conley.

Bettors here can stick with the Pelicans if Williamson is playing as they were undefeated in their scrimmage games and they are expected to come out strong as they try to move into the playoff picture.

As for the over/under for total points, it is set at 224.5 with the under (-115) seeing the heavy action on NBA sports betting apps. With this being the first official game back, bettors can stick with the favorite here as these teams have not played an official game since back in March before the league went on hiatus.

In the three scrimmage games, however, the over for both teams combined was hit just once and it was by the Pelicans as they just barely made it with a 227-point total. With that being said, those betting at online sportsbooks can expect this game to stay the under.

When looking at the spread there is a 2.5 point spread leaning towards the Pelicans with both sides of the line even at -110.

The Pelicans, in all three of their scrimmage games, had no problem crushing the spread at all as they won by double digits in each game. As for the Jazz, they have beaten the spread in two of their three scrimmage games but had trouble against the Miami Heat.

The matchup takes place at 6:30 p.m. EST and bettors will have plenty of action to handle in the NBA’s return.