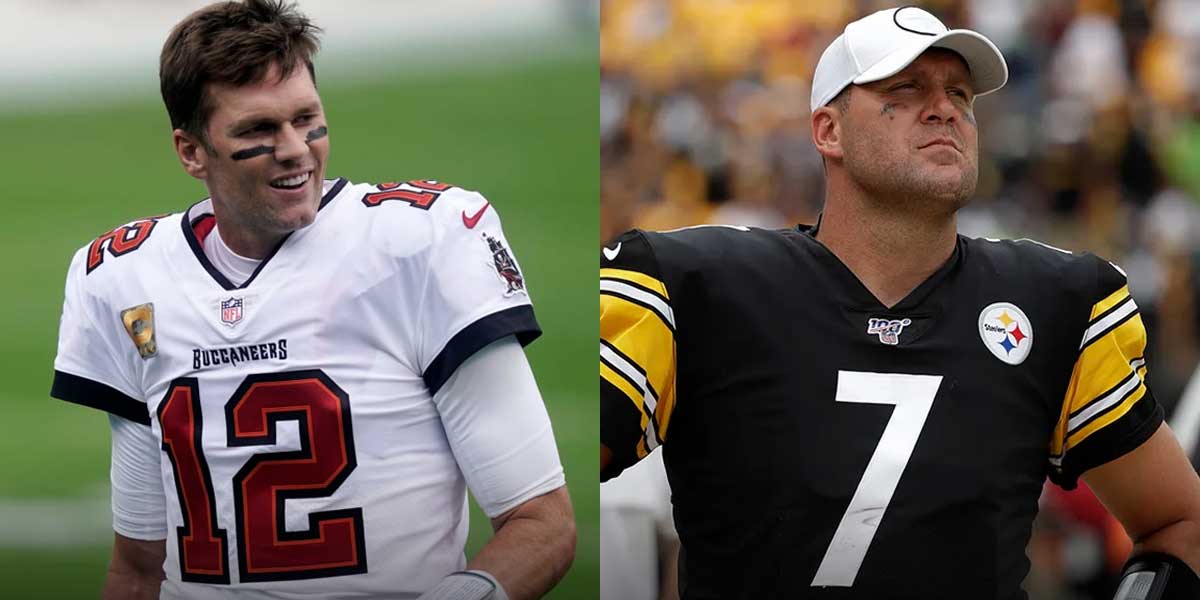 Both players are certainly getting up there in age being that Brady is 44 years of age while Roethlisberger is 39. As they continue to get older and older, online sportsbooks have odds on if either of these two star players will retire following the conclusion of the 2021-22 season.

Will Tom Brady Retire After This Season?

Will Ben Roethlisberger Retire After This Season?

Brady’s odds to retire should be some of the easiest money that anyone could have asked for while betting on him not retiring. He has publicly come out saying that he wants to play until he is at least 45 years old.

“I play because I love the game. I play because I love to compete—We shouldn't stop our life, even though we love something because it's just, someone puts an arbitrary timeline on that—And I felt for a long time, I could play until I was 45 years old. I think I committed to say, 'Hey, I'm going to play till I'm 45.' And this year I'll be 44, which naturally takes me to the next year. I've got a two-year contract. We'll see what happens beyond that,” Brady said in an interview with People Magazine.

The fact that this topic has come up and Brady has acknowledged that he has two years left on his contract should be the kicker to bet on his NFL odds of not retiring. Especially being that he is playing at such an elite level for his age or any age for that matter. In his first season with the Tampa Bay Buccaneers, he put up 4,633 passing yards and 40 touchdowns.

Brady could throw everyone for a loop and retire after this season though, despite the two years that remain on his contract because he will be 45 prior to the start of the 2022-2023 NFL season. He will have kept his word of playing until at least the age of 45.

Ben Roethlisberger’s situation is a bit more complicated with this being the final year on his contract. Big Ben has yet to put pen to paper on a new deal which could indicate him not wanting to commit to playing any longer.

This is surprising, especially after his performance last season where he had a solid year putting up 3,803 passing yards and 33 touchdowns. Not to mention that he also took a pay cut in order to help the Pittsburgh Steelers make the right moves to continue being a playoff team contender.

The safe bet here would be on Roethlisberger hanging up his cleats, however, a riskier bet could be made as well on him playing past this season based on last year's numbers and his numbers in the upcoming season.