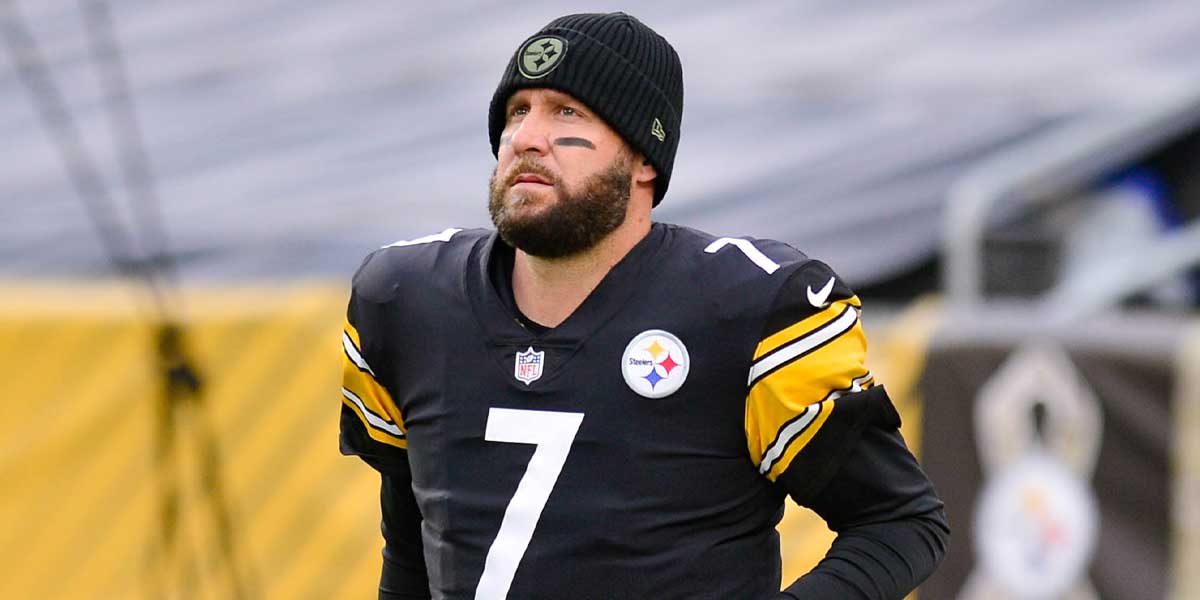 PITTSBURGH – While the Pittsburgh Steelers have been in the midst of one of their best seasons to date, many NFL fans and bettors could have lost sight of the future of Ben Roethlisberger.

What that means is that Roethlisberger is 38 years old and is in the middle of his 17th year as an NFL quarterback and could potentially be thinking about retirement sooner rather than later. Online sportsbooks have taken note of this and have odds for Big Ben’s future in the NFL and with the Steelers.

Will Ben Roethlisberger Be The Starting QB For The Steelers For Game 1 Of The 2021-2022 NFL Season?

Starting with the NFL odds on if Roethlisberger will be retiring, there has indeed been different rumors about his retirement from the league after this season but nothing that has gained any traction.

The most recent rumor came back in September during a docu-series where Roethlisberger’s wife brought up retirement to him in which he responded that he had no plans on retiring.

With that being said, it is clear that Big Ben believes that he still has a lot left in the tank so NFL bettors can go ahead and make easy money taking the favorite on that what.

These two bets should go hand in hand, where, if Roethlisberger is not retiring, he will likely be under center for the Steelers next season.

Also, Big Ben is under contract through next season anyway, so it is not like he can just sign elsewhere unless the Steelers oddly decide to trade away their franchise quarterback. Knowing this, Roethlisberger clearly bleads black and yellow and should be the starting quarterback for the Steelers until his day comes.