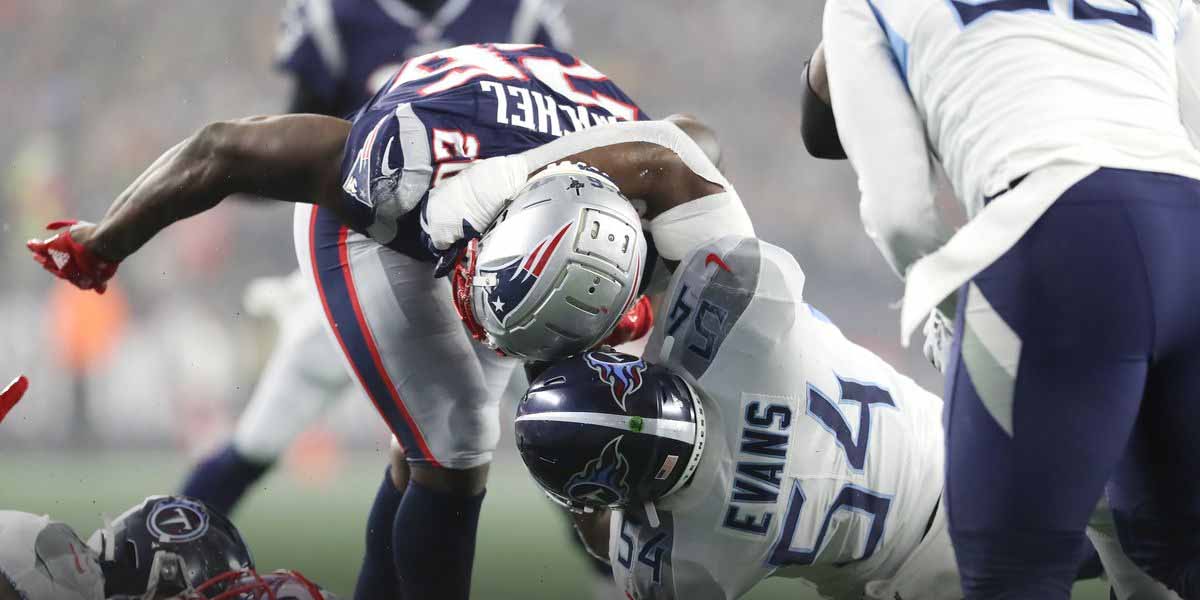 FOXBOROUGH, Mass. – The New England Patriots will play the Tennessee Titans on Sunday in Week 12. Sportsbooks have made New England a favorite by a number maybe larger than expected.

Is This Recency Bias By The Sportsbooks?

The Tennessee Titans are coming off of a loss to the Houston Texans while the New England Patriots are fresh off of a primetime 25-0 shutout win over the Atlanta Falcons. Online sportsbooks are labeling the Patriots as sizable favorites in the matchup despite the Titans still being the No. 1 seed in the AFC.

While the line could possibly be slightly inflated in response to last week, New England would likely be favored by a field goal or more regardless. The Patriots have won five straight games by an average margin of 25.0 points per game.

The Titans, on the other hand, have an average scoring margin of +2.0 points per game over their last four contests. Plus, Ryan Tannehill is likely to struggle as he’s thrown 12 interceptions this season and will now be playing against the defense that has the most interceptions in the NFL (18).

Those betting on the NFL will naturally be drawn to the UNDER due to the nature of the Patriots’ defense. New England is allowing an NFL-best 16.1 points per game and just 4.33 points per game over the last three weeks. Even further, they've allowed just one touchdown in total in their last three games.

The #Patriots defense over its last 31 series:

For as good as the Pats defense has been, five of their last seven games has gone OVER the set number while the same can be said for seven of the 11 Titans games this season. The numbers are more important than the narrative, and the numbers say bet the OVER.

The game will begin at 1 p.m. EST on Sunday and can be seen on CBS.