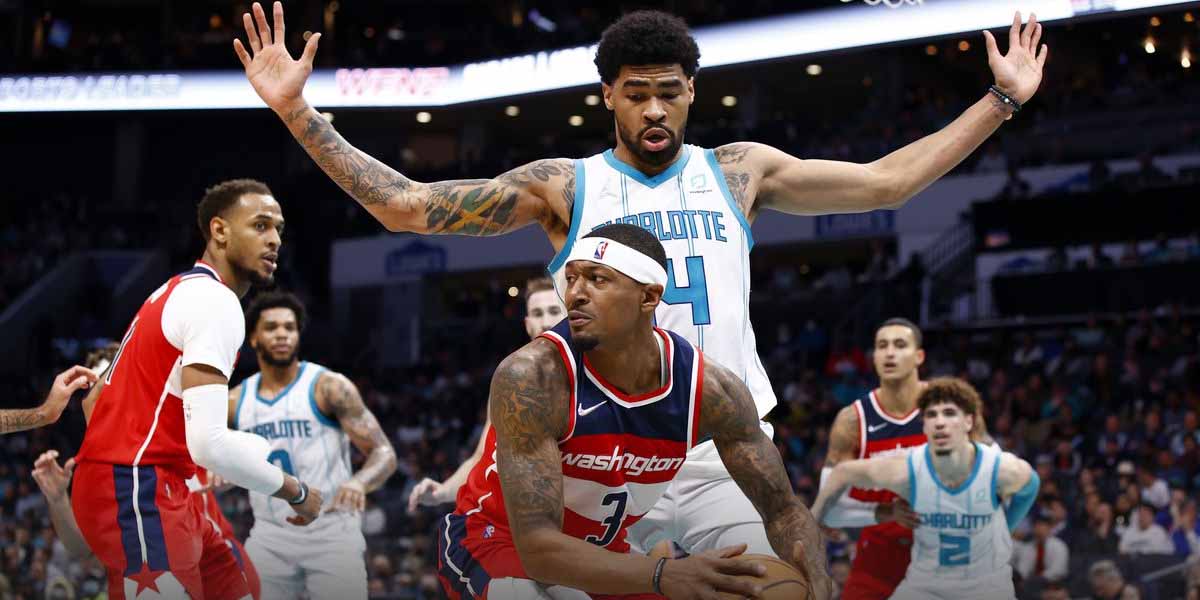 WASHINGTON – The Washington Wizards and Charlotte Hornets face off in Washington and the Hornets are 4-point road underdogs.

The Hornets were on a five-game winning streak where they also covered the spread in those five games. With four consecutive games were at home, Charlotte’s winning streak ending in a road game in Atlanta.

In that same stretch, the Wizards won four games and lost two and are coming off of an upset victory at home against the Miami Heat.

The Under May Hit

The Hornets’ total points have been set higher consistently at online sportsbooks than the Wizards, and the last time Charlotte hit the Over was the 216.5 set against the Indiana Pacers.

Washington Averages just 106 PPG and the Hornets average 112.3 PPG. If both teams score their averages, the Over would hit.

The last time these teams faced one another, however, they combined for just 184 points.

Charlotte point guard LaMelo Ball sees his total points set at 19.5 against the Wizards. Ball is averaging 19.3 PPG this season.

If the trend continues, Ball should have a big game against the Wizards this time around. Ball’s away stats are also concerning, as his PPG drops to 15.3 on the road. Ball has just three away games this season where he scored more than 19 points.

Beal has multiple games this season where he scored Over 25 points and put up 24 the last time he faced Charlotte.

Despite the Under being favored, NBA betting fans should consider taking Beal to have a big scoring night against Charlotte. Things tip-off at 7 p.m. EST on NBA League Pass.