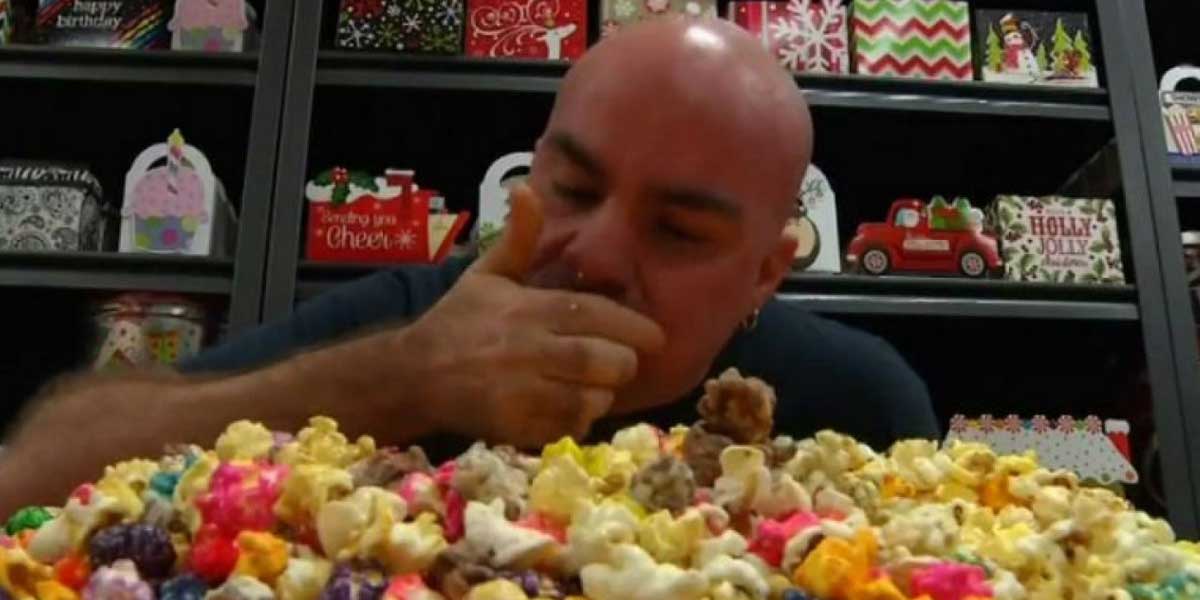 LAS VEGAS - On April 25, 2021, the DraftKings Red Carpet Film Feast will host some of the best competitive eaters in the world.

What will they be eating at this film-themed event? What else but that famed movie theater snack, popcorn.

Popcorn is not a current competitive eating category that has a world championship, so this event will serve as the first de facto Popcorn Eating World Championship.

The competitors are the three of the top-ranked competitive eaters in the world, Joey Chestnut, Matt Stonie, and Geoff Esper.

The online sportsbooks have already posted odds on which of these three elite eaters will take home the gold in this event.

Some laypeople will be familiar with Joey Chestnut already, as he’s the man who took down Takeru Kobayashi to take the crown of best eater in the world.

Chestnut is, unsurprisingly, favored to win this event, as he’s on a Michael Jordan-like run at the top of competitive eating.

While it should be no surprise to see Chestnut at the top of these rankings, one wonders if beating him is possible in this new style of event.

Chestnut is and should be the favorite, but -400 odds are fairly prohibitive.

As far as Stonie and Esper, it’s worth noting that Esper is ranked as the second best competitive eater on the planet by MLE, and has the longest odds in this event.

He could be a solid dark horse as far as the betting odds go.

Still, Chestnut is the overwhelming favorite, and it might be worth betting on him even at his fairly prohibitive odds. Entertainment bettors should be used to wagers like this, and familiar with figuring out the best way to place their money on them. This is a unique form of entertainment betting, as it’s entirely skill-based, so there is some predictability to it.

Bettors should think wisely before wagering on this event, or their chances of winning might just go pop!