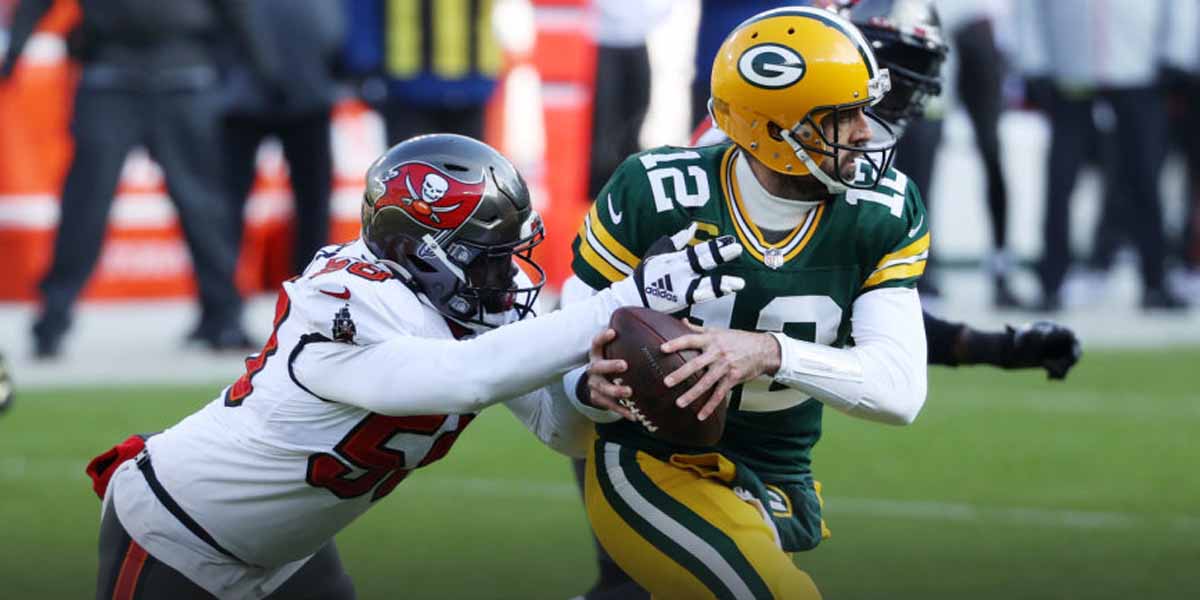 TAMPA, Fla.- The Green Bay Packers and the Tampa Bay Buccaneers entered the season as the two favorites to meet in the NFC Championship Game.

Now, Tom Brady and Aaron Rodgers are set to meet far before that – on Sunday, with the Bucs favored by 1.5 points at home.

However, they do tend to cover the spread against conference opponents, covering in ten of their last 14 games against the NFC.

The Bucs also crush spreads against conference opponents, with a 5-1 ATS record in their last six games in-conference.

They’re also a dominant home team when it comes to the spread, covering the spread in eleven of their last fourteen home games.

With both teams so evenly matched, it’s not a surprise to see them having similar NFL game props as well.

The Buccaneers are favored to hit the under on 2.5 touchdowns scored in the game. This game comes on the heels of a 20-10 victory over the New Orleans Saints that saw frustration grow amongst the Bucs offense, with Tom Brady taking his anger out on a Microsoft Surface on the sideline.

The Bucs are not going to be prolific touchdown scorers in this game, but the online sportsbooks do seem to think they’ll come out ahead of the Packers.

The Packers also have an O/U of 2.5 touchdowns in the game, but they’re even more likely to hit the under than the Bucs are.

They scored only seven points against the Minnesota Vikings in Week 1, although they did score 27 points on the Chicago Bears in Week 2.