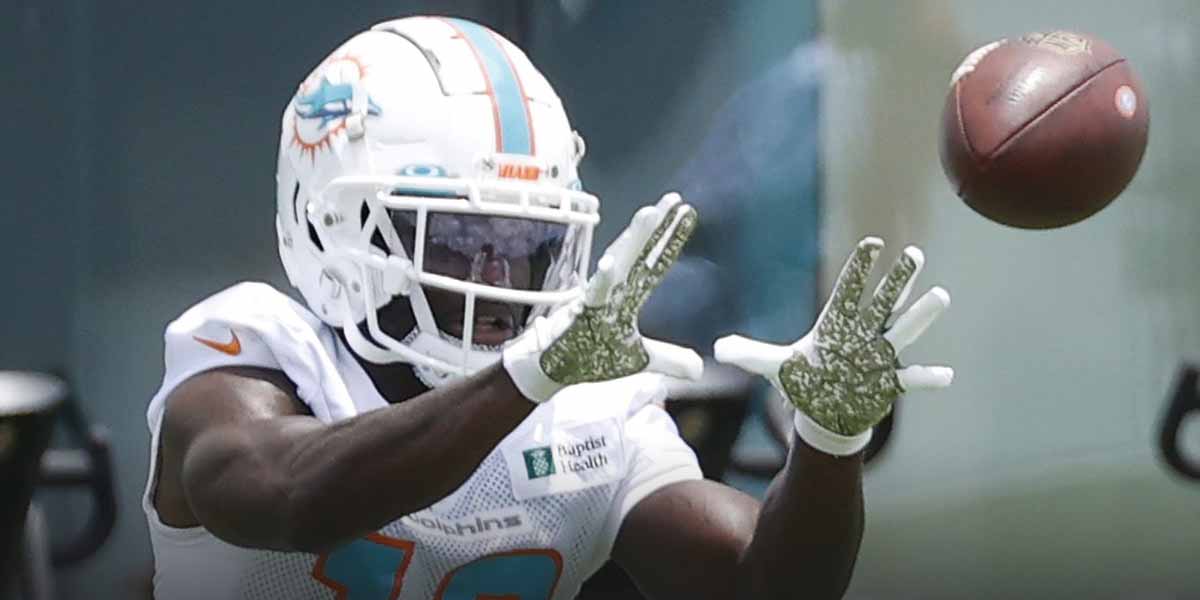 Some of the largest differences between preseason player prop bets and projections via fantasy sites can be found at the receiver position.

After an offseason of Pro Bowl wide receivers like A.J. Brown, Davante Adams, and Tyreek Hill changing teams, fantasy football sites and online sportsbooks have not been able to align their projections for how the star wide receivers will fare on their new teams.

The lack of consensus between fantasy football and oddsmakers leads to some potentially profitable bets throughout the receiver position, but that specifically becomes apparent when ranking receivers by projected receiving yards at ESPN and comparing them to the NFL odds for each receiver to lead the league in reception yards.

In the comparison, each receiver’s projected receptions are included as well as their specific over-under for catches and yards.

Odds To Lead The League In Reception Yards

Key Points When Looking At The Top Receiving Yards Projections