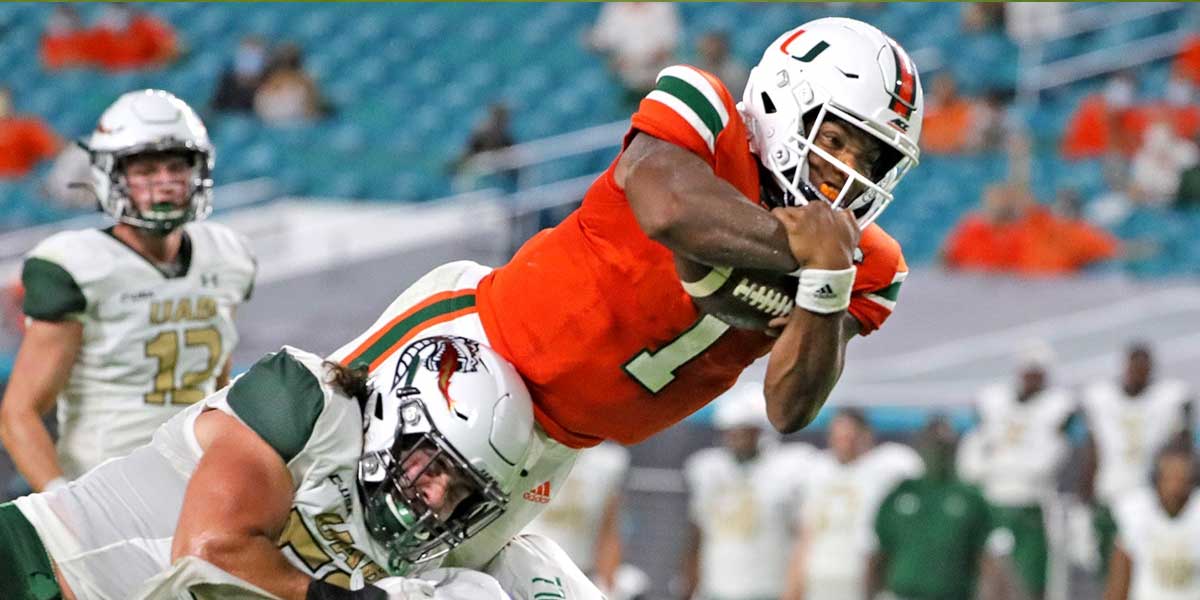 LAS VEGAS - Much ink has been spilled over the first tier of Heisman Trophy candidates in 2021’s college football season.

Bettors already know the names of players like Spencer Rattler, Bryce Young, D.J. Uiagalelei and JT Daniels. However, there’s a second tier of Heisman candidates that exists, and they’re worth examining as well as the college football season approaches.

Players like D’Eriq King, Matt Corral and Kedon Slovis could make pushes for the Heisman Trophy if things break their way.

D’Eriq King is an immensely talented player that has an enormous stage upon which to display his talent.

His Miami Hurricanes open the season against the Alabama Crimson Tide in one of the most anticipated college football games of the season.

If King can lead the Canes to a victory over the defending champions, he will have immediately established himself on the biggest stage in the sport, and the online sportsbooks seem to be accounting for this.

Heisman Trophy campaigns often involve narratives, and King has a ready-made narrative - in the vein of Johnny Manziel - if he can lead an outmatched Miami team to victory.

Matt Corral is a much larger longshot than D’Eriq King, and much of the hype around him is also related to the Alabama Crimson Tide.

Corral and his Ole Miss team absolutely tore up the vaunted Crimson Tide defense in 2020, putting up 48 points with 365 passing yards and two touchdowns on the eventual champs.

Corral is a longshot for a reason - six picks against Arkansas the following week was the blackest of black marks on one’s record. Still, if he can improve under coach Lane Kiffin, he’s worth keeping an eye on as far as college football betting goes.

Kedon Slovis had a 71% completion percentage, and passed for 3500 yards, with 30 touchdowns and 9 interceptions. His USC team was pretty good and they're expected to be a contender for the PAC-12 championship, but unlikely to make the College Football Playoff.

This perception could be a problem for Slovis in addition to the fact Slovis was not named a captain after being a captain in 2020.

Slovis is an upside play. If he performs well, he could have a candidacy similar to Justin Herbert or Marcus Mariota.