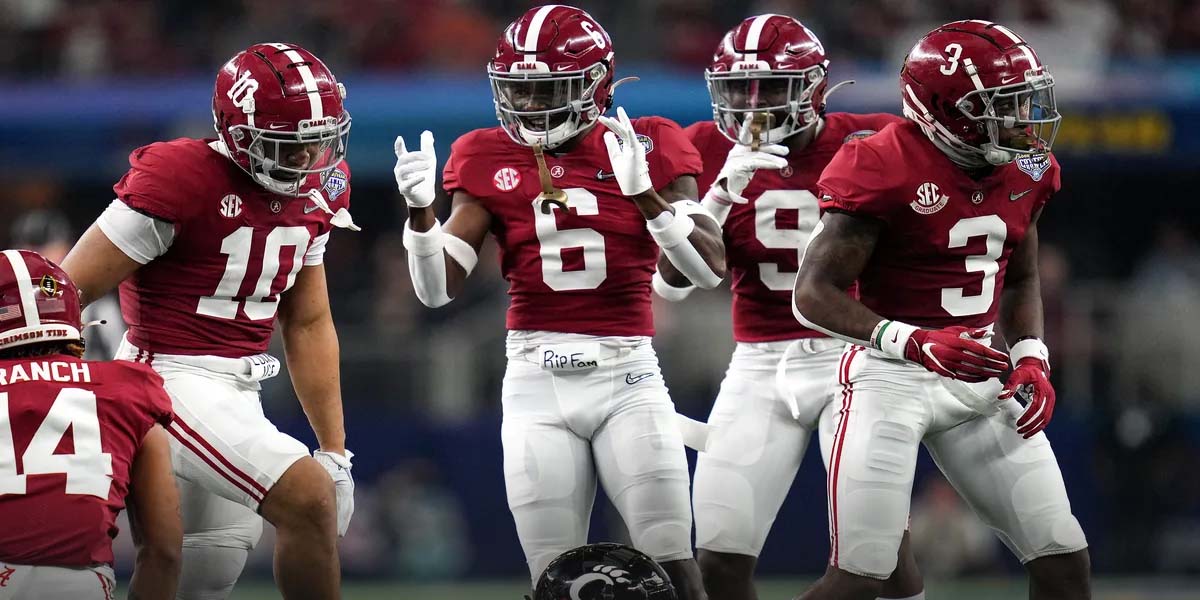 TUSCALOOSA, Ala. – While the Alabama Crimson Tide are underdogs to the Georgia Bulldogs in the National Championship game, some might be cautious when betting on the game lines that are offered. Aside from the game lines though are game and player prop bets.

Some of the prop bets that online sports betting sites are offering come on Bryce Young’s passing yard total and the total points for the team in the game.

There is no doubt that Bryce Young is arguably the best quarterback in the country right now after coming off of a Heisman season. However, he could struggle against Georgia’s elite secondary. Georgia’s secondary has allowed just 186 passing yards per game this season to opposing quarterbacks.

While some might argue that Young torched Georgia in the SEC Championship game with 421 passing yards, UGA was down some key pieces in their secondary. Players including Ameer Speed, Rian Davis, Trezmen Marshall, Tykee Smith, and Jalen Kimber. While the status of some of these players is still up in the air, if they are on the field, Young could struggle.

Looking at Bama’s semifinal matchup against Cincinnati, Young was held to a season-low of 181 passing yards. This comes as the Bearcats secondary was able to hold Jameson Williams in check to just 62 yards and bring pressure to Young at a consistent rate. The Tide will also be without their star receiver John Metchie who suffered a torn ACL in the SEC Championship game.

When it comes to bringing pressure to the QB though, Georgia is one of the best as they have the fourth-most sacks this season at 45.

It should also not be forgotten that Alabama is averaging 41.1 points per game this season. They also scored the most points against Georgia’s number one ranked defense in the SEC title game with 41 points. This is impressive being that Georgia has allowed just 9.8 ppg to opponents this season.

If Bama could do that once against Georgia’s top defense, they could very well do it again.