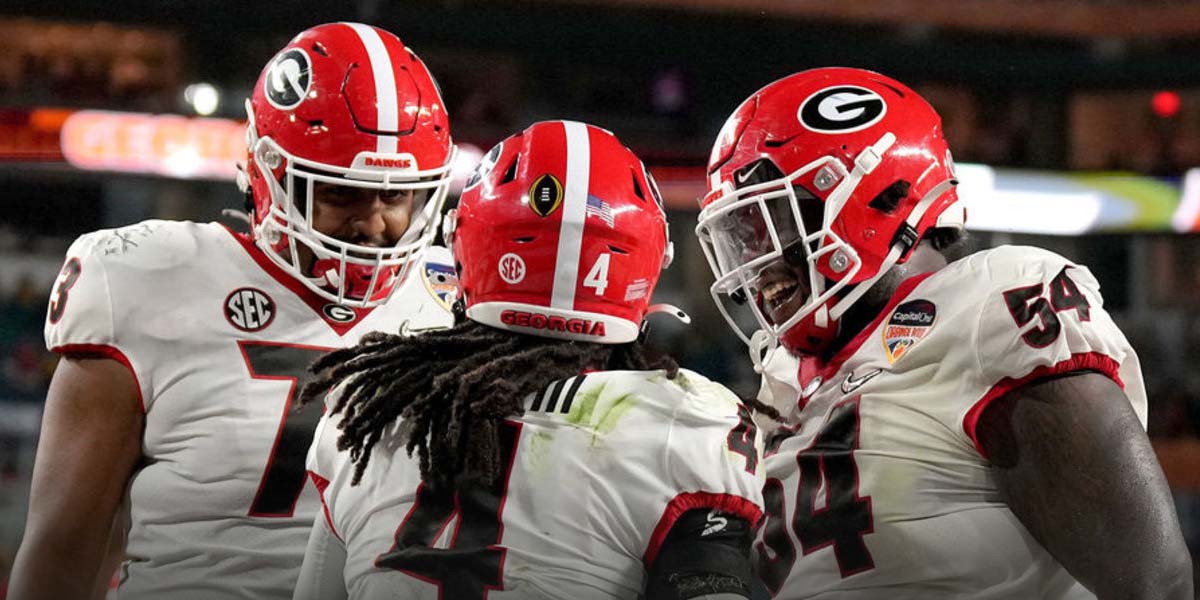 ATHENS, Ga. – The college football National Championship game is set and the Georgia Bulldogs are slight favorites to beat the Alabama Crimson Tide. Aside from betting on the game lines that are out, there are also several team props to take advantage of.

Some of the game props that online betting sites have to offer on the Bulldogs are on the first quarter line and their total points in the first half.

While some might think that Alabama is too tough for them to handle in the opening quarter, they have surprisingly struggled in their recent games. Over their last three games, Alabama is averaging just 2.3 points per first quarter. Also, when these two teams met in the SEC Championship Game, the Bulldogs were able to cover the spread after the opening quarter ended 3-0.

This is a great opportunity to get in on longer National Championship odds for the Bulldogs as a $100 bet here would profit $115.

While Alabama’s first-half defense has been tremendous this season, they have let up Over 12.5 points in the first half in four of their 14 games. That includes two of their last four games and in the SEC Championship against UGA.